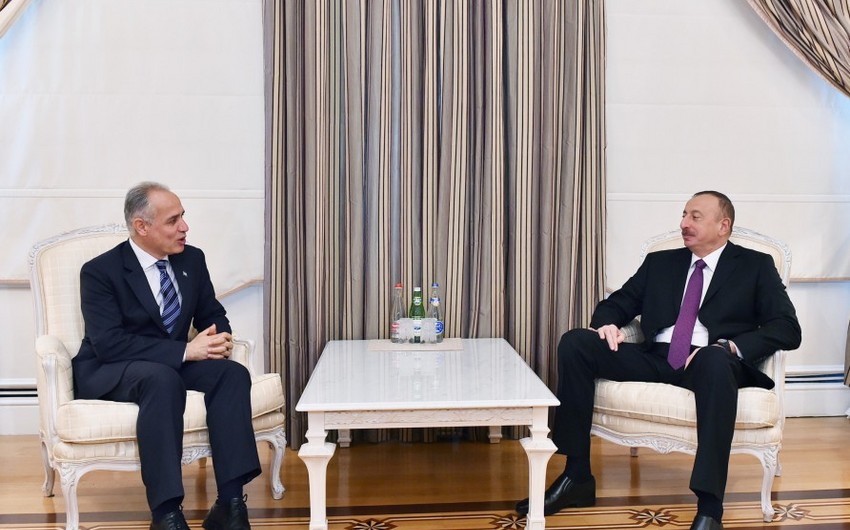 President Ilham Aliyev said Azerbaijan established close relations with a number of institutions of the United Nations, and added that the country maintained very active cooperation with the organization. The head of state said Baku had hosted several important events of the United Nations, expressing hope that Azerbaijan would successfully continue its cooperation with the UN institutions.

Ghulam Isaczai said the UN and Azerbaijan had maintained fruitful cooperation over the last 20 years, adding that the organization intended to strengthen its current partnership ties with the government of Azerbaijan. The UN Resident Coordinator said he was deeply impressed with the ongoing development processes in the country, and emphasized the significance of the country`s accomplishments in poverty reduction and rehabilitation of infrastructure.

Ghulam Isaczai said he observed significant changes in Azerbaijan in comparison with his previous visit, adding that this development was achieved under the leadership of national leader Heydar Aliyev and President Ilham Aliyev. The Resident Coordinator said the UN was interested in continuing cooperation with Azerbaijan, and expressed his hope that the organization would be able to support the implementation of sustainable development goals in Azerbaijan.

President Ilham Aliyev hailed very active cooperation between Azerbaijan and the UN. The head of state said the poverty reduction was one of Azerbaijan`s great achievements, and added that the work was being carried out to completely eliminate poverty in the country. The President said new employment mechanisms were introduced and social programs were being implemented, noting that these measures would significantly contribute to the elimination of poverty. President Ilham Aliyev underlined the importance of interaction between the UN and relevant bodies in Azerbaijan in terms of the country`s achieving goals in a short period of time. President Ilham Aliyev said Azerbaijan`s becoming a non-permanent member of the UN Security Council was a good experience for the country. The head of state highlighted the importance of the Seventh Global Forum of the UN Alliance of Civilizations to be held in Baku. The President said the forum would allow Azerbaijan to share its development experience and present itself to the world.