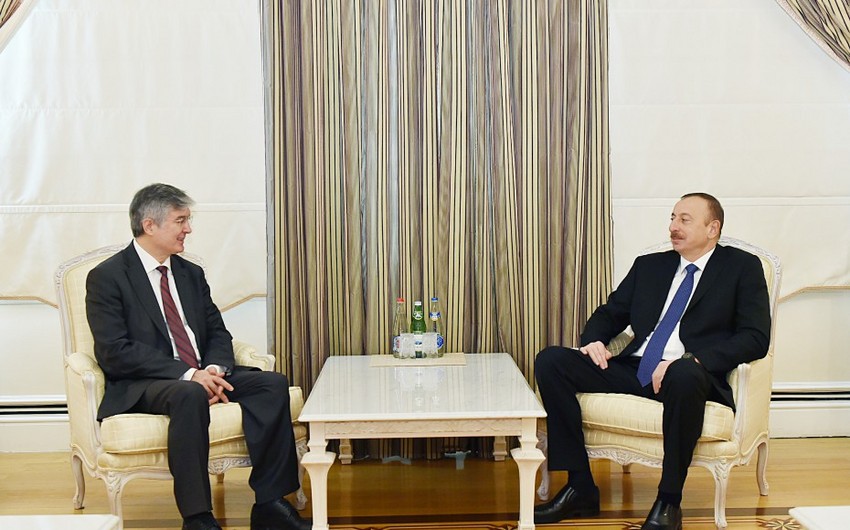 Stressing the importance of Azerbaijan's good bilateral relations as well as political and economic cooperation with member states of the Economic Cooperation Organization, the head of state underlined that Azerbaijan was keen to expand this cooperation even further.

Highlighting that Azerbaijan is actively cooperating with ECO, President Ilham Aliyev hailed the importance of holding the organization's first summit in the country.

The head of state stressed the significance of economic cooperation among the member states at a time when economic difficulties and crisis dominate in the world.

President Ilham Aliyev expressed his confidence that the visit of ECO Secretary General Halil Ibrahim Akca to Azerbaijan would create a good opportunity for holding discussions on the future plans of the organization.

Describing Azerbaijan as one of the active members of Economic Cooperation Organization, Secretary General Halil Ibrahim Akca recalled with satisfaction the last summit of the organization which was held in the country.

The sides exchanged views over the prospects for cooperation between Azerbaijan and ECO.