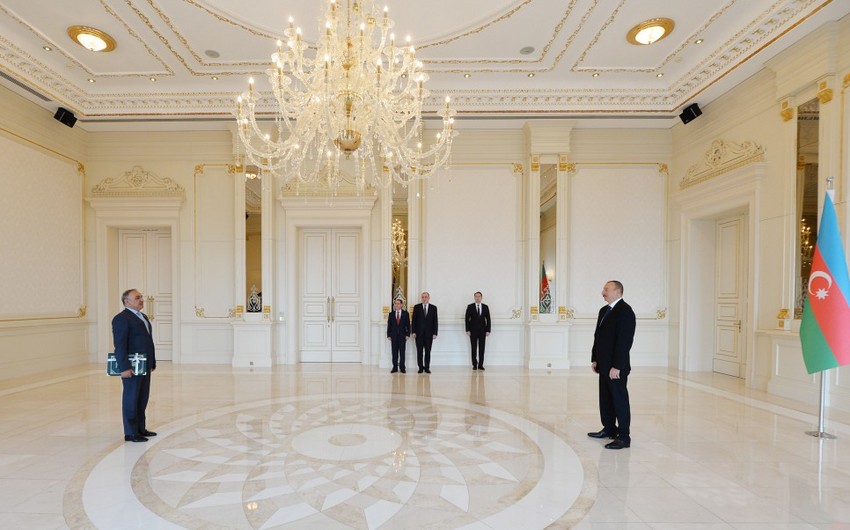 President Ilham Aliyev then had a conversation with the Ambassador.

Recalling with pleasure the successful visits of Pakistani President Mamnoon Hussain and Prime Minister Muhammad Nawaz Sharif to Azerbaijan, and the meetings they held during these visits, the head of state hailed the development of bilateral relations between the two countries. He described Azerbaijan-Pakistan cooperation as excellent.

The Pakistani Ambassador expressed his confidence that Azerbaijan-Pakistan bilateral relations whose foundation was laid by national leader Heydar Aliyev and further strengthened by President Ilham Aliyev will continue to develop. Pointing to the reciprocal visits, Ambassador Saeed Khan Mohmand hailed the special role of the trips of Pakistani President Mamnoon Hussain and Prime Minister Muhammad Nawaz Sharif to Azerbaijan in developing bilateral relations between the two countries.

The Ambassador noted that his country is looking forward to President Ilham Aliyev's visit to Pakistan.

President Ilham Aliyev thanked for the greetings of President of Pakistan Mamnoon Hussain and PM Muhammad Nawaz Sharif and asked the Ambassador to extend his greetings to the Pakistani leader and Premier.

They exchanged views on the issues related to prospects for cooperation between the two countries in the fields of economy, investment making, import and export. 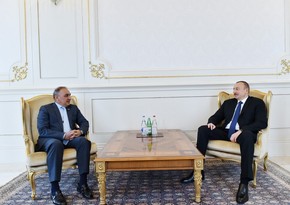 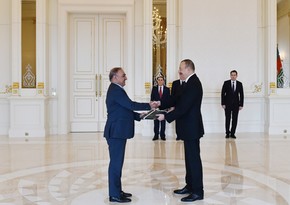