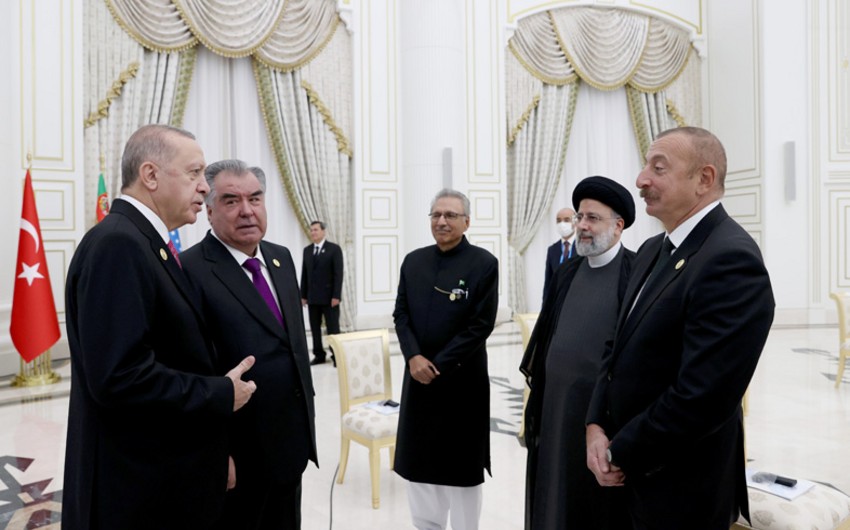 Report informs, citing AzerTag, that they reiterated that the friendly and brotherly relations between the two countries are of the nature of a strategic alliance.

During the conversation, the sides touched upon the discussions held within the Economic Cooperation Organization and praised Turkey's chairmanship in the organization over the past period.

The sides also exchanged views on the further development of relations between the two countries in various fields, as well as the ongoing processes and the current situation in the South Caucasus in the post-conflict period.

The presidents also discussed the energy and transport issues.