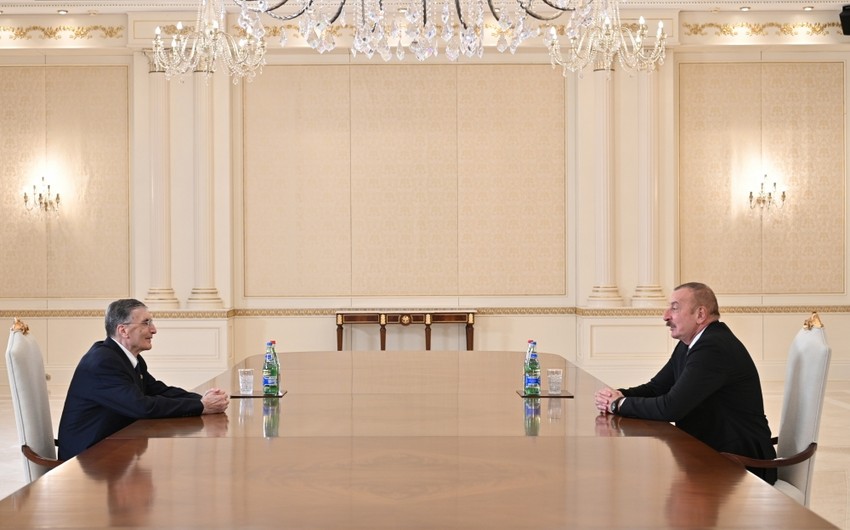 Azerbaijani President Ilham Aliyev today received Aziz Sancar, professor of biochemistry and biophysics at the University of North Carolina, Nobel Laureate in Chemistry, a molecular biologist specializing in DNA repair, cell cycle checkpoints, and the circadian clock, member of the US National Academy of Sciences and world-renowned scientist.

Aziz Sancar congratulated President Ilham Aliyev on the victory in the Patriotic War and said that the whole Turkic world was proud of this victory.

President Ilham Aliyev praised Aziz Sancar's personal support and congratulations on Azerbaijan's just position during the Patriotic War, emphasizing that it served to raise the voice of our country in the world.

Recalling that Aziz Sancar helped a child who lost his parents as a result of the Armenian shelling of Ganja during the war, the president described it as a great example of humanity. Evaluating Aziz Sancar as an important figure of the Turkic world, President Ilham Aliyev expressed satisfaction with his visit to Azerbaijan and stressed that the Azerbaijani people have great respect and love for him as both a scientist and a patriot. 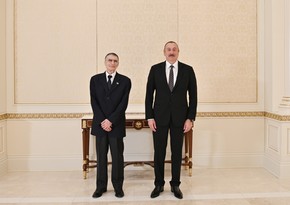