President Ilham Aliyev holds a meeting with PM of Montenegro 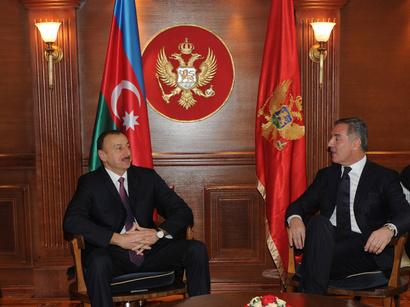 During the meeting, the sides expressed their satisfaction with the development of bilateral relations between the countries. They also noted that there was good potential for the development of ties on various fronts, including energy, infrastructure, banking sector, tourism and education.

The meeting continued in an expanded format with the participation of the two countries' delegations.

The head of state expressed his satisfaction with the fact that bilateral friendly relations between Azerbaijan and Montenegro covered a variety of fields and were rapidly developing. Touching upon the issues related to the expansion of cooperation, President Ilham Aliyev said that there were ample opportunities for the development of mutual commercial ties between the two countries.