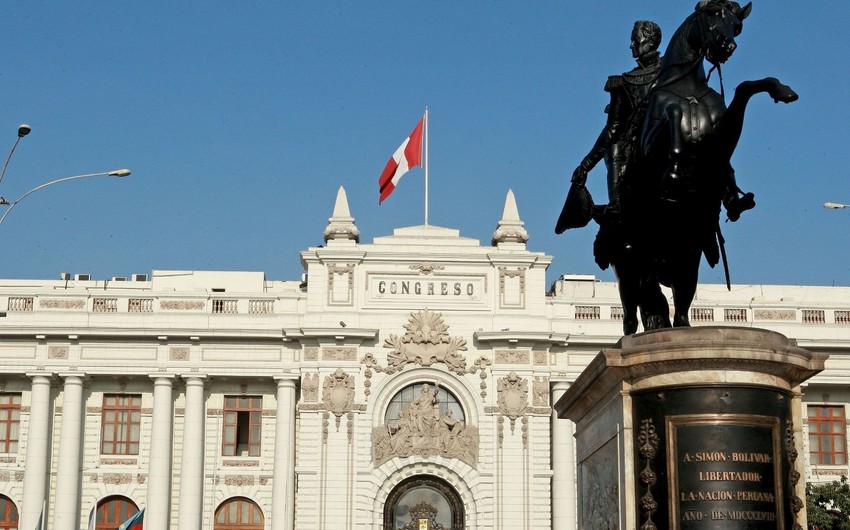 The Congress of Peru has adopted a declaration in connection with the 101st anniversary of the establishment of the Azerbaijan Democratic Republic.

Report informs citing the Embassy that the document initiated by the Peru-Azerbaijan Inter-Parliamentary Friendship Group was signed by Peru’s First Vice-Speaker of the Congress, Leyla Felícita Chihuán Ramos.

The declaration stresses that the ADR was the first democratic republic in the East that ensured equal rights for all citizens: "Today Azerbaijan is a multi-ethnic and multi-religious country. Here, the representatives of all religions and ethnic groups live in peace and tranquility."

The document says that the world’s Azerbaijanis celebrate May 28 as the national holiday of Azerbaijan and always remember the role played by their ancestors in spreading democracy in the Caucasus region, Central Asia and the Middle East.

The document notes that the democratic relations between the two countries were established in 1996, and Azerbaijan is an important partner for Peru: "In 2015, the Embassy of the Republic of Azerbaijan opened in Peru, and the Embassy of Peru in Azerbaijan opened in 2017. This enabled to further strengthen the close friendly relations between the two countries and led to the development of cooperation in various directions." 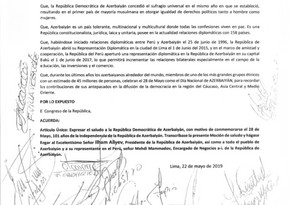