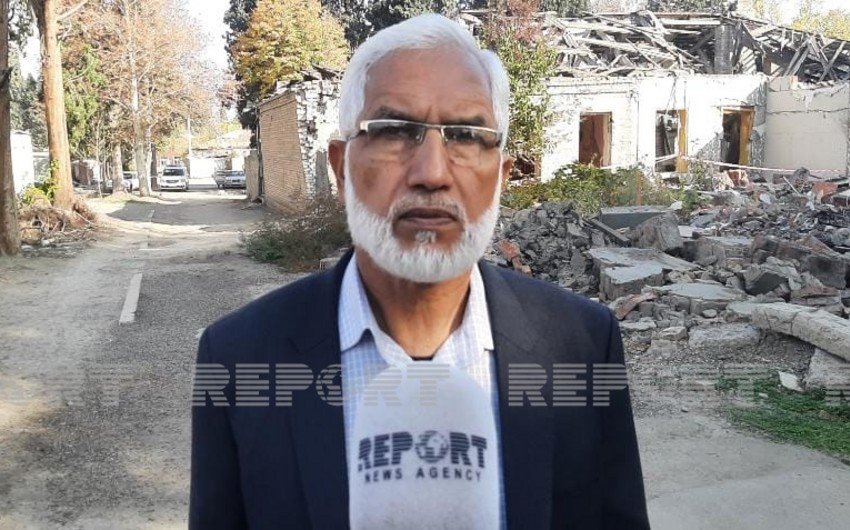 Armenian atrocities must be condemned not only by Azerbaijan’s friends but by all countries, Pakistani journalist Riaz Ahmad Malik told Report during his visit to Ganja.

We have seen such atrocities committed in our cities, and we have seen such crimes against the civilian population. Armenians have shown the same cruelty. Therefore, we call on all international organizations and countries to condemn such atrocities. Azerbaijan bravely liberated its lands occupied by Armenians. Even these crimes committed by Armenians did not break the will of the Azerbaijani Army and people. It was a great success that Azerbaijan defeated Armenia and returned its ancestral lands,” Riaz Ahmed Malik said.

He expressed his solidarity with Azerbaijan and proudness in coming to Ganja to commemorate the martyrs.

Representatives of influential media organizations of Pakistan and Japan are visiting Ganja. They saw the sites of Ganja affected by the terrorist acts the Armenian Armed Forces committed during the Second Karabakh War.

The foreign journalists’ Ganja visit is organized by Global Media.