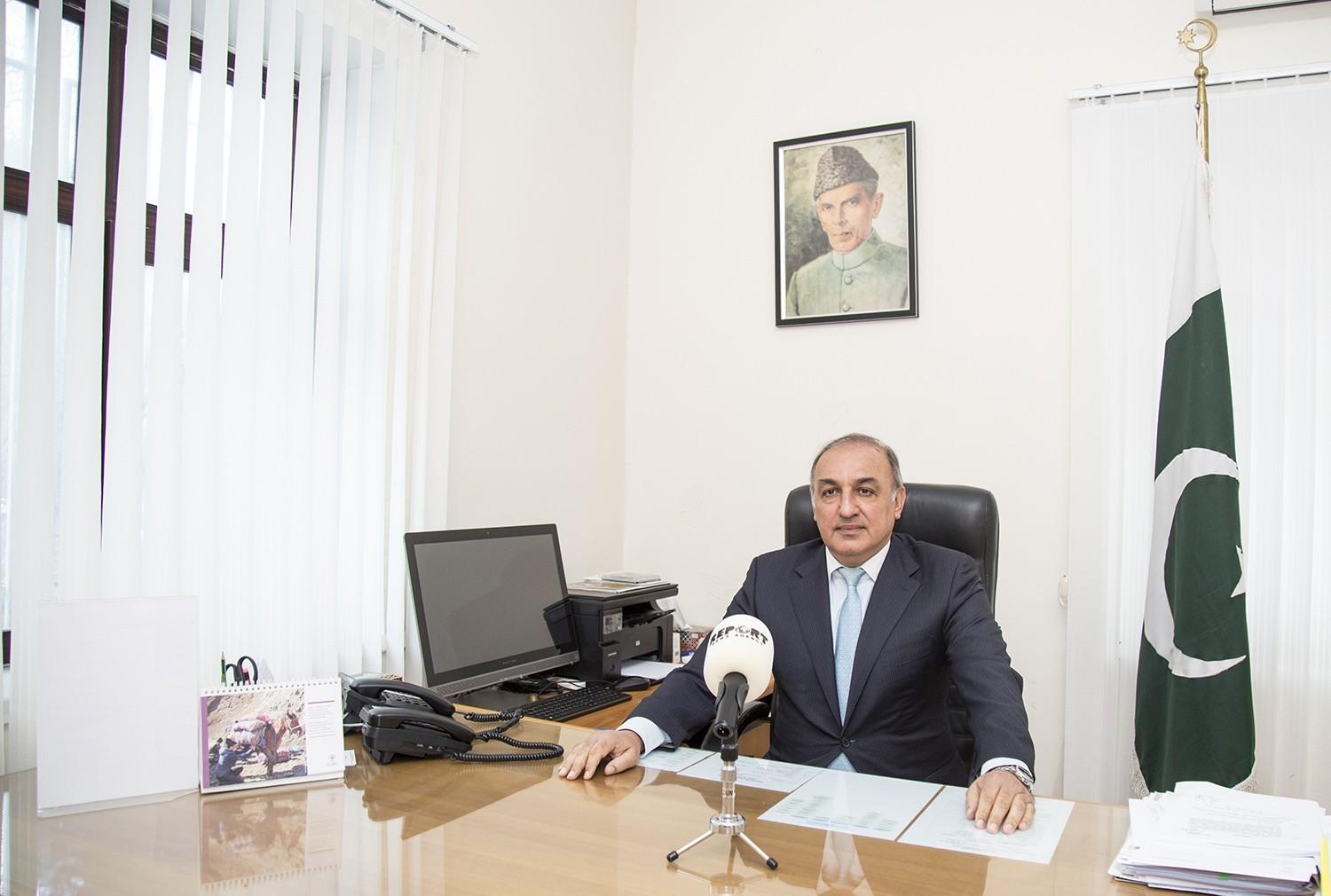 Pakistan intends to bring the latest developments in Jammu and Kashmir to the discussion, Ambassador of Pakistan to Azerbaijan Saeed Khan Mohmand said at a press conference on the occasion of the 73rd anniversary of the country's independence.

“Today we celebrate not only the Independence Day, but also the unity with Kashmiris. As you know, four UN Security Council resolutions on the self-determination of Kashmiris have been adopted. Despite this, India violates and does not comply with these decisions. The events in Kashmir are aimed at changing the status of the region and its demographic background, " the ambassador said.

He also emphasized that as a result of this unrest in the region, the leaders of the Kashmir region are in prison or under home arrest: "In addition, India sent 38,000 soldiers to Kashmir Valley. Already on the 9th day in Kashmir there is a curfew, people lose of communication with the rest of the world.”

"This policy of India towards Kashmir is criticized even in the country itself," the ambassador emphasized.