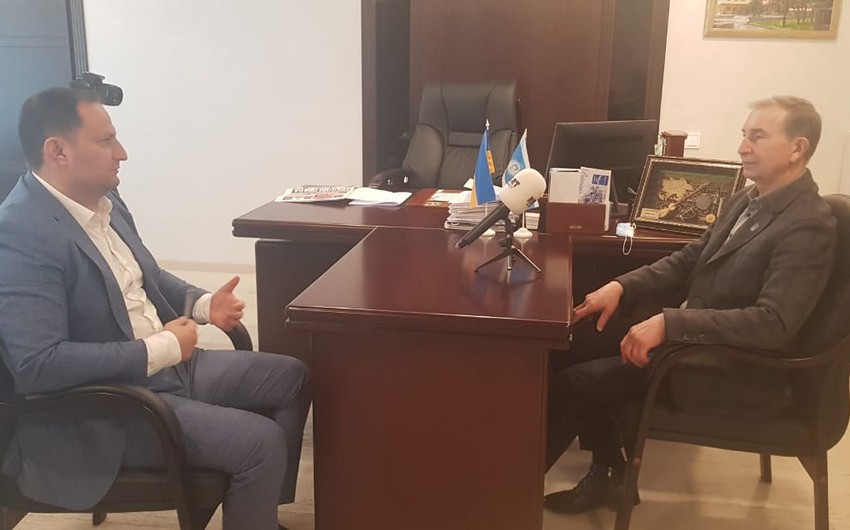 Report’s Eastern Europe Bureau presents an interview with Grygorii Osovyi, president of the Federation of Trade Unions of Ukraine (FPU).

- How do you assess the current level of interaction between the trade unions of Azerbaijan and Ukraine?

What is most important is that we enjoy strong bilateral relations based on the Memorandum of Cooperation and Mutual Understanding between our national trade union associations, this memorandum is indefinite. We exchange work experience. I emphasize that our relations are stable, good and friendly.

Taking this opportunity, on behalf of the Federation of Trade Unions of Ukraine (FPU), I would like to express sincere gratitude to the Azerbaijan Trade Unions Confederation for its contribution and financial assistance in the restoration of the House of Trade Unions in Kyiv, which suffered in a fire during the Revolution of Dignity in 2014. 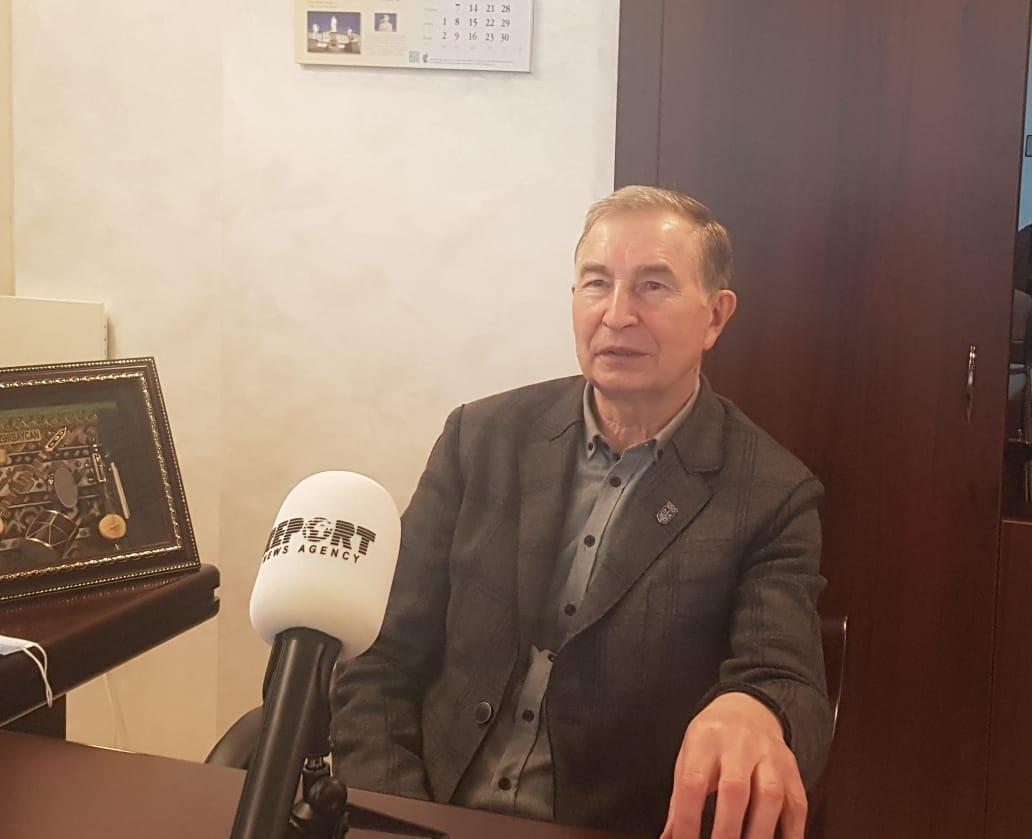 - Which sectoral trade unions of the two countries were able to establish cooperation?

- It has already become a tradition - oil and gas workers. This is important for us. Oil production in Azerbaijan is proceeding at a rapid pace due to the attraction of foreign investment, and we hope that something similar awaits Ukraine, that foreign investors will also come here. We are interested in how Ukrainian trade unions and employers will cooperate in the new conditions. Other important areas include the agricultural sector and processing, construction business and others.

- Could you please tell us more about the work experience of Ukrainian trade unions in the agricultural sector.

- The previous system of management in the agricultural sector was based on state and collective farm-cooperative ownership. Then the trade unions felt confident. After the proclamation of independence and the denationalization of this property, the agricultural sector became predominantly private property, so it is necessary to establish cooperation with a private investor and an owner. This is a diversified sector - crop production, animal husbandry, processing, sunflower is processed in Ukraine, foreigners have also invested in this sector. It is necessary to build relations with numerous companies that are involved in the agro-industrial complex. It is also important that we, in Ukraine, are implementing a land reform. A corresponding law has been adopted. This will change the activities of companies in the agricultural sector - a land market will appear, and land owners will change through new conditions in this market. This is not the case in Azerbaijan.

Ukraine will face a difficult period - how to go through this transformation and not lose the influence of trade unions in the context of land reform.

A rather acute political struggle is taking place, in particular, in the Ukrainian parliament, where some of the deputies strongly reject the land reform due to the prospect of its purchase by foreign owners. This creates instability for those who live in the countryside, because the owners can resell land plots. As far as I know, there is no such thing in Azerbaijan. Therefore, experience of the trade unions of Azerbaijan, as well as of other states where similar processes have already taken place, is important for us.

- What is the role of Ukrainian trade unions during the pandemic?

- Interaction in the context of a pandemic continues only remotely within the framework of communication platforms provided by international trade union associations.

On February 24, 2021, Ukraine launched the vaccination process against COVID-19. Vaccination is a stepwise process. First, healthcare workers, teachers, social workers, the military, police and the most vulnerable groups of the population will receive vaccinations. We support the government’s decision on this procedure for the provision of vaccines.

At the same time, the distribution of COVID-19 vaccines within the international COVAX mechanism, in our opinion, is not entirely fair for developing countries. Wealthier states solve these issues in their favor and practically buy all vaccines for their citizens. This is understandable. Therefore, on the example of Ukraine, I can say that drugs come to us in small doses from various companies, which causes uncertainty for our citizens. People ask: Is it possible to combine vaccines from different manufacturers, will it harm the human body? Therefore, the approach to the distribution of vaccines within the COVAX program should be proportional - and this is our principled position.

If we talk about the role of trade unions, it seems to me that the trade unions of Azerbaijan are more integrated into this work. Ukrainian trade unions are taking part in this through the Health Workers’ Union of Ukraine and other trade unions operating in the field of life support. We work every day to ensure that workers on the front line of defense against coronavirus infection are provided with personal protective equipment as much as possible and receive additional remuneration for risks in the performance of their duties. The role of trade unions is to comprehensively protect service providers.

We have nothing to do with the distribution of drugs and vaccines - this is exclusively the task of the government, the Ministry of Health. We are not campaigning for vaccination, but we aren’t calling for resistance to these processes. We believe that it is the right of each person to decide for himself or herself.

- How do trade unions help victims of the military conflict in eastern Ukraine?

- We have restored our organizations in the territories controlled by Ukraine in the Donetsk and Luhansk regions, there are territorial associations of trade unions and those regional organizations of all-Ukrainian trade unions that are part of the FPU. Crimea is a different story, because this territory has been annexed. We have no access to it. We know that the trade unions are reorganized there. We don’t keep in touch with them.

Our regional organizations are still coping with the challenges and tasks they face. In particular, in the Luhansk region, it was possible to quickly restore the organizational structures of trade unions that provide assistance to trade union members in overcoming the consequences of the conflict. 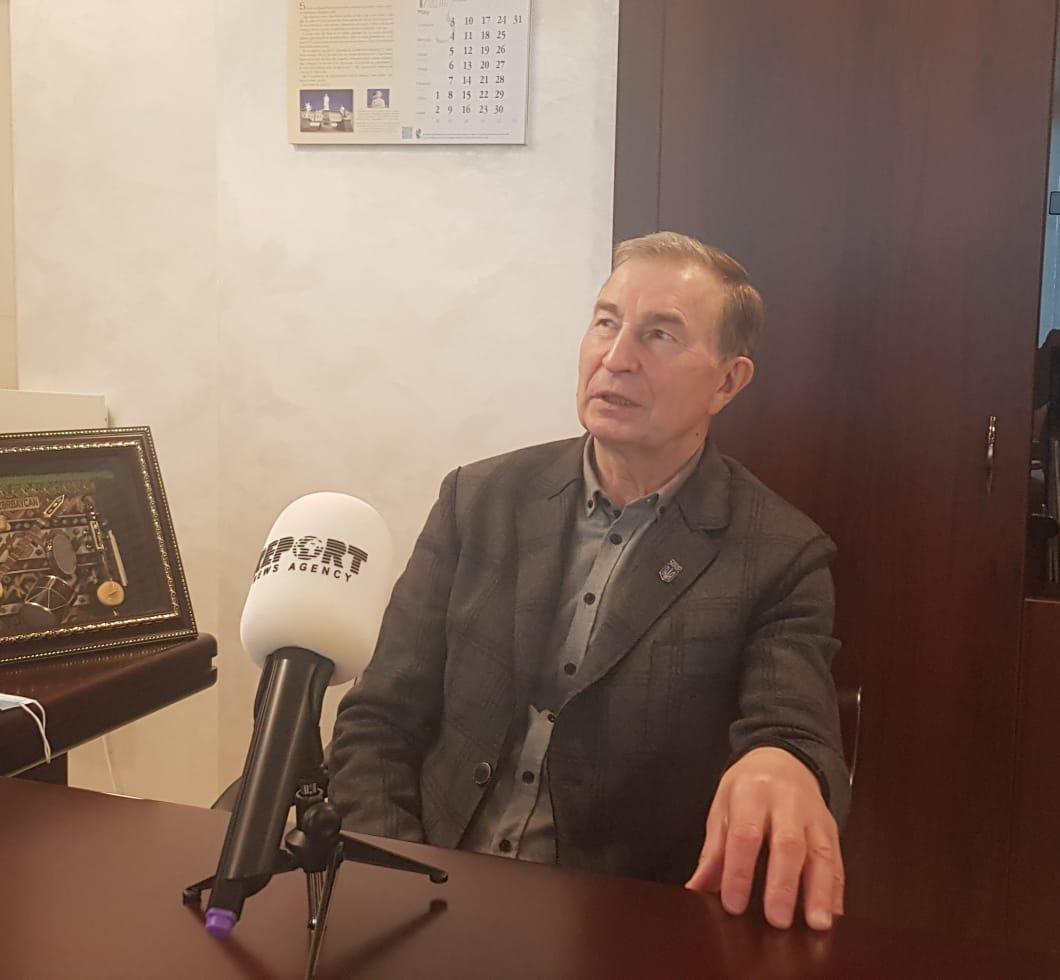 Such assistance is also provided to temporarily displaced persons - people who left the conflict zone, it is about 1.6 million people who were forced to leave their homes, work and move to the territory controlled by our government. The task of the trade unions is to help in the employment of those who are willing and able to work through employment centers. According to some reports, about 440,000 people have already found job and have been employed with the assistance of employment centers and trade unions.

As for material assistance to these categories of citizens, we make our proposals at the stage of development in the normative legal acts that are adopted by the government and parliament, and our proposals are mostly accepted. They relate to social assistance, insurance and material security. Despite the conflict situation, the rights of people must be ensured.

In the nearest future, we will hold the 8th session of the Trade Unions' Federation of Ukraine, with the date of the event to be specified yet. On this occasion, we invite the leader of the Azerbaijan Trade Unions' Confederation Sattar Mehbaliyev and the Azerbaijani delegation to take part in the session.