Iranian official: Some forces trying to damage relations between Azerbaijan and Iran 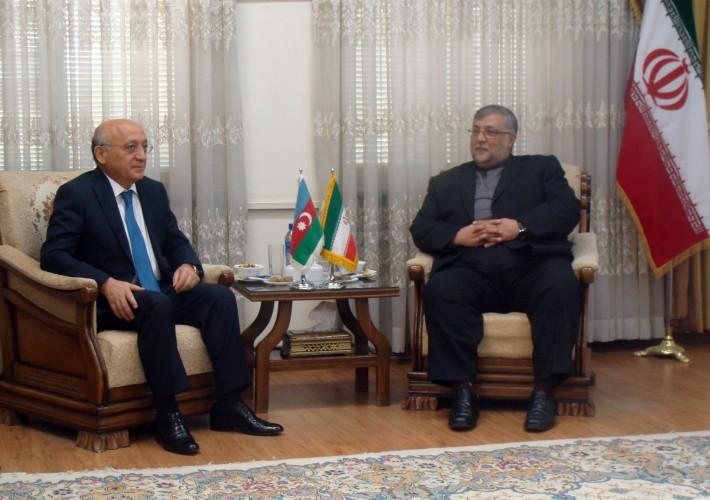 M. Gurbanli said that Azerbaijani and Iranian peoples have common historical roots and traditions: "There are friendly relations between our presidents".President of Azerbaijan in foreign policy pays special attention to expansion of relations with Iran.Because of political will of the presidents, relations between Azerbaijan and Iran are developing along an ascending line.There has been a significant convergence in the economic, political, trade and cultural fields.In addition, affiliation of both peoples to one religion necessitates the development of relations in the sphere of religion.From this position, the mutual visits of religious leaders and relevant government agencies to discuss and resolve the existing problems in the interests of both states."

Chairman of the Committee noted that they cooperate with the official Tehran in the framework of international organizations, "In all the meetings of the Organization of Islamic Cooperation, we feel the support of Iran on the issue of the liberation of Nagorno-Karabakh from the Armenian occupation.President of Azerbaijan also made clear that official Baku under no circumstances will allow the use of the territory of Azerbaijan against Iran."

It was also noted that, in recent times the cases of Islamophobia took place in some parts of the world.

Some forces are trying to present Islam as a religion that promotes violence:"Some of the political processes in the Middle East cause concern. Several radical groups, controlled by external forces, under the name of Islam commit atrocities against civilians.We need to work to prevent the proliferation of such cases in our countries."

M. Gurbanli noted that, along with religious leaders of both countries, government agencies must also conduct propaganda of Islam and prevent the spread of false doctrines.He briefed his companion on the works carried out in Azerbaijan in this direction.

Ibrahim Turkman, in turn, expressed his gratitude to M.Gurbanli for accepting the invitation , saying that Iran is constantly engaged in the fight against radical groups, and strictly prevent the spread of such cases in the country.

I. Turkman noted the need to develop closer links between the peoples belonging to the same religion: "Iran recognizes the territorial integrity and sovereignty of Azerbaijan.Some forces are trying to damage relations between Azerbaijan and Iran.We should not allow their plans to materialize.

During the meeting, an exchange of views happened on cooperation in the field of education, political situation in the region and other issues of mutual interest.