Novruz Mammadov: "Separatist regime in Nagorno-Karabakh gets special treatment, unlike separatist entities in Georgia, Moldova and Ukraine" "What is to be concluded from this? Are the Western countries interested in preserving status quo regarding Nagorno-Karabakh conflict?" 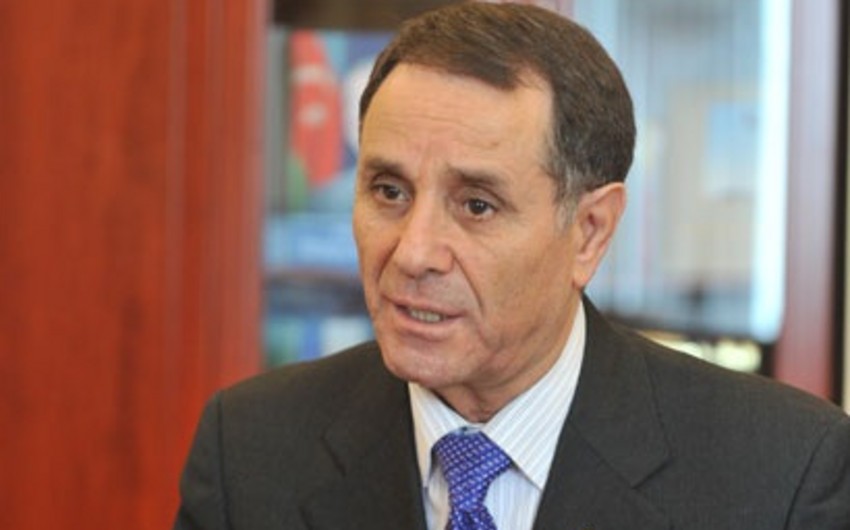 Baku. 8 October. REPORT.AZ/ " The only real cure is to restore the principles of justice and the rule of international law".

Report informs, Deputy Head of the Presidential Administration of Azerbaijan Novruz Mammadov, head of the foreign relations department made this statement in his interview to Caucasus International in Istanbul.

According to Dr. Mammadov, first, it should be noted that justice is the most crucial and significant notion in evaluating the collective performance of humans. This principle stands to be the core value for assessing the conduct of everyone – from ordinary citizens to high-ranking politicians. Without justice, it is futile to expect positive outcomes of human activity in any field. The vivid manifestation of the consequences of injustice in the system of international relations is the widespread disregard, for the sake of certain interests, of mass killings and the fact that people are compelled to flee conflict zones in different parts of the world.

The international organizations that must guarantee the implementation of the international law are in crisis. Dr. Mammadov sees the main cause of the crisis in these institutions’ dependence on the interests of the major powers. These interests lead to the differentiated application of the international law to the same processes. As he mentions, on numerous occasions, President of the Republic of Azerbaijan Ilham Aliyev has stressed that in some cases the interventions into a certain country occur prior to the passing of the relevant UN Security Council resolution. By contrast, other resolutions remain in the archives for decades, without any effort to implement them.

This attitude is clearly manifested in the international community’s approach to the Armenia-Azerbaijan conflict, Dr. Mamamdov stresses. There are four UN Security Council resolutions on the Nagorno-Karabakh conflict, as well as decisions and resolutions adopted by the OSCE, European Parliament, the Parliamentary Assembly of the Council of Europe, NATO and others. The UN resolutions, in particular, demand immediate and unconditional withdrawal of the Armenian troops from Azerbaijan’s occupied territories. In all of these documents, the international community and international organizations recognize the territorial integrity of Azerbaijan. However, none of the provisions in these resolutions has been implemented.

"What is to be concluded from this?'', Dr. Mammadov asks, "Are the Western countries interested in preserving the status quo regarding the Nagorno Karabakh conflict, given that they do not hesitate to intervene immediately, in such places as Afghanistan, Iraq and Libya? Could that explain why the separatist regime in the Nagorno-Karabakh gets special treatment, unlike the separatist entities in Georgia, Moldova and Ukraine?''

According to Dr. Mammadov, the application of double standards, certainly, casts a shadow upon international law. The processes provoked and manufactured by the West eventually backfire and gravely imperil the general system of international relations. This is widely acknowledged by many nations. The need for change is undeniable. The only real cure is to restore the principles of justice and the rule of international law. The major powers must work not for the sake of their own interests, but for the implementation of the norms and principles of international law, be it in bilateral relations or within the international organizations. Deputy Head of Administration asserts that the urgency of this issue is particularly evident in an organization like the UN:"For example, during our membership in the UN Security Council, Azerbaijan championed international law and justice, displayed principled positions on concrete issues and forwarded initiatives aimed at ensuring international peace and security and bolstering cooperation in combating terrorism. I believe that this is the only posture that can alleviate the threats in the system of international relations.''