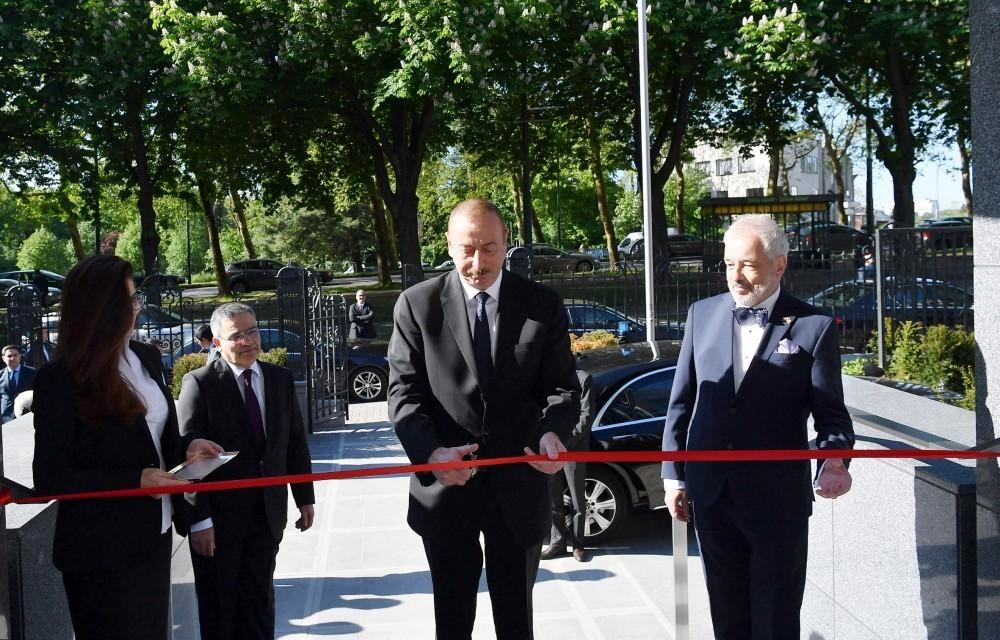 President of the Republic of Azerbaijan Ilham Aliyev has attended the opening of a new building of the country`s Embassy in Brussels, the Kingdom of Belgium.

Report informs citing AzerTag that Azerbaijan`s Ambassador to Belgium Fuad Isgandarov and designer of the building, well-known Belgian architect Philippe Vanhereveqe informed the head of state of the work carried out here.

Located on Avenue de Tervueren in Brussels, the building was purchased by the Embassy of Azerbaijan in 2014. The building underwent a major overhaul.

The Azerbaijani President cut the ribbon symbolizing the opening of the building and then viewed the conditions created here.

President Ilham Aliyev posed for photographs together with the Embassy staff. 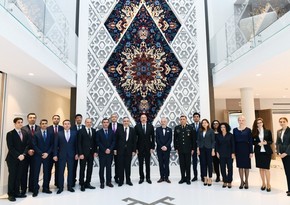 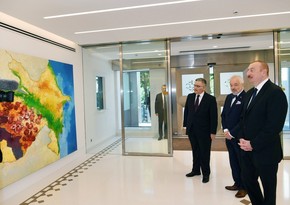 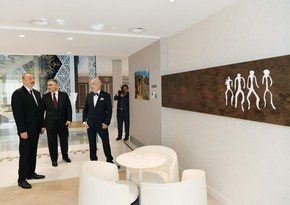 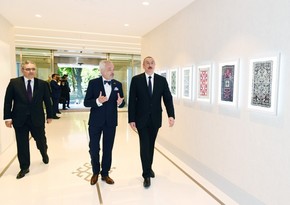 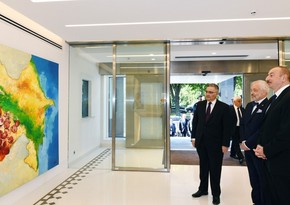 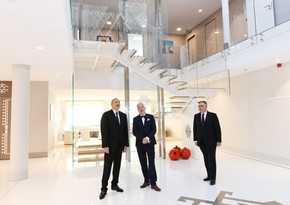 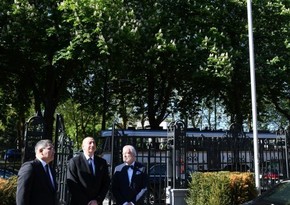 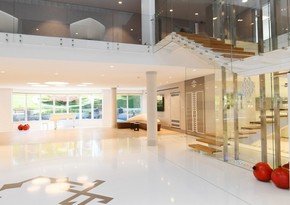