MP says Iran upset by Azerbaijan’s military power, regional clout "Azerbaijan has always been at the forefront of countries in the region, including Iran, which supports the policy of mutual respect and good neighborliness. However, our southern neighbor is concerned about the restoration of our territorial integrity, o 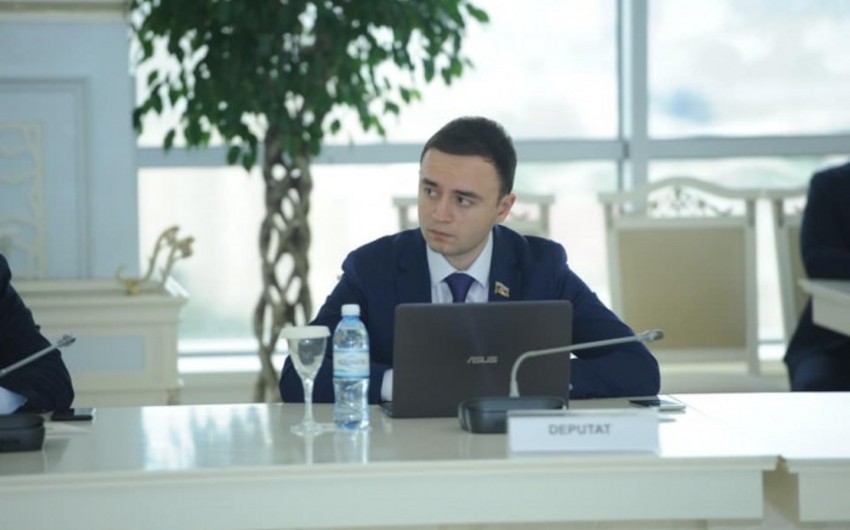 "Azerbaijan has always been at the forefront of countries in the region, including Iran, which supports the policy of mutual respect and good neighborliness. However, our southern neighbor is concerned about the restoration of our territorial integrity, our military strength, the growing number of our friends, in other words, the fact that we have a say in the region," MP Nurlan Hasanov told Report.

According to him, with the victory in the Patriotic War, Azerbaijan has shown both military, political-diplomatic power in the region to the world.

“Today we are an independent country. In both domestic and foreign policy, as well as in the military sector, Azerbaijan has the right to make independent decisions within the framework of international law. The Azerbaijani state has a leader, who defines its domestic and foreign policy goals, and relevant government agencies. Trying to interfere in these matters from the outside is disrespectful for Azerbaijan as a whole. If someone speaks to us in the language of instruction or threat, it will not get anything anyway. On the contrary, it will lose a lot."

He said that before making any accusations against its neighbor, Iran should think about how sincere it is in relation to Azerbaijan’s territorial integrity.

"Was Iran not cooperating directly with Armenia in Karabakh, which allegedly supported Azerbaijan’s territorial integrity during the 30-year occupation period? But now it is accusing Azerbaijan of fabrications. Today, Azerbaijan is working to open communications between all countries in the region, as well as to normalize economic, trade and political relations. Azerbaijan also wants peace in the region. This also includes Armenia, and we are slowly seeing the real results. For example, Azerbaijan can already use the airspace of Armenia, and Armenia can use the airspace of Azerbaijan. I believe this will continue."