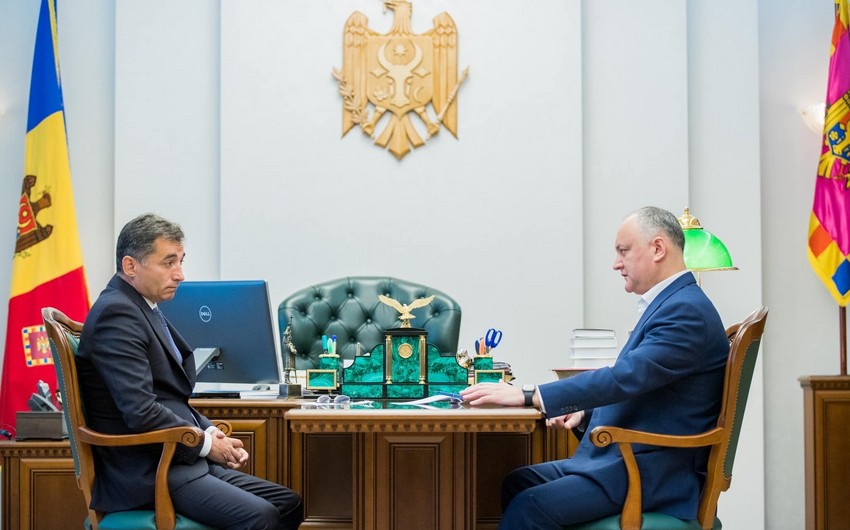 President of Moldova Igor Dodon held a working meeting today with the Azerbaijani Ambassador to Moldova, Gudsi Osmanov, on his initiative.

Report says, citing Moldovan press, the parties discussed several issues related to the development of bilateral relations and exchanged views on the coronavirus pandemic that affected the entire world.

The Azerbaijani Ambassador noted that he closely followed the actions of the Moldovan leadership and praised the measures taken by the authorities in the fight against the COVID-19 virus. In this context, the head of the diplomatic mission said that at this difficult time, the Azerbaijani Diaspora stands shoulder to shoulder with the Moldovan people and is ready to support the authorities of this country in implementing social projects initiated by the President of the Republic of Moldova.

Igor Dodon thanked the Azerbaijani side for its openness and solidarity. The head of state stressed that this crisis faced by all humanity could be overcome only by joint efforts.