Minister: "Pakistan is interested in expanding cooperation with Azerbaijan" 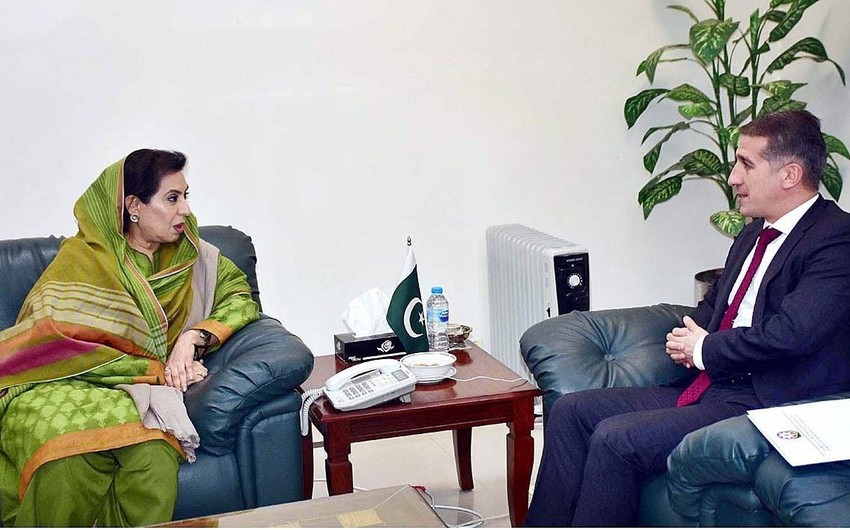 Mirza underlined the special relationship between Pakistan and Azerbaijan and emphasized the importance of further development of friendship and brotherhood. He also underlined that the Ministry represented by the Ministry was particularly responsible for the relations in the field of youth and sports and was interested in increasing cooperation with Azerbaijan in this field.

Noting that Azerbaijan's hosting of a grand international sporting event such as European Games, Islamic Solidarity Games is praiseworthy, the federal minister stressed that Pakistan can benefit from Azerbaijan's achievements in the field of sports, expertise in advanced sports, and retirement programs for young people.

The aggravation of the Armenian-Azerbaijani conflict, the aggressive policy of Armenia and the continued occupation of 20 percent of Azerbaijan's territories, have been noted at the meeting. Special efforts of Azerbaijan and Pakistan within the framework of international and regional organizations, support of the leaders of the two countries in the development of the Azerbaijani-Pakistani relations were expressed, and satisfaction with the level of fruitful cooperation and high level of relations between the two countries was noted. The importance of improving the contractual legal base in the field of youth, sports and education and the increase of the implemented projects was noted.