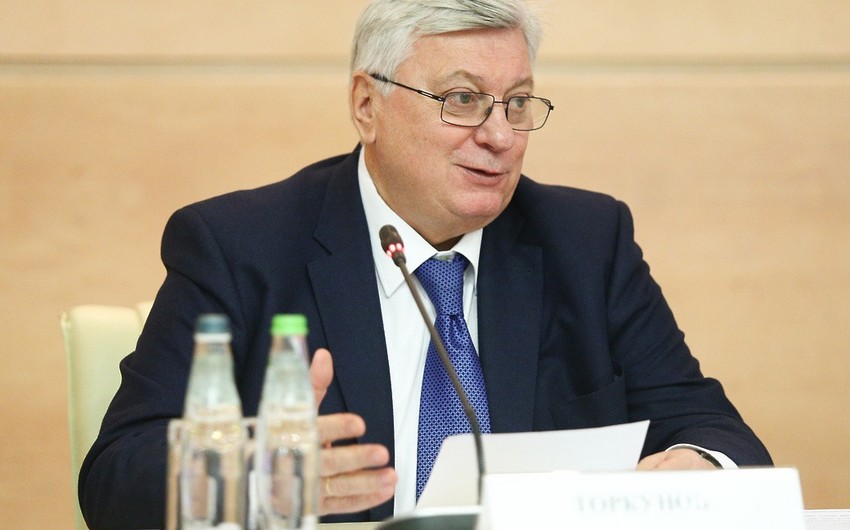 "Last year, our trade turnover hit $1 bn for the first time, and an increase has already been outlined this year," Torkunov said.

According to him, the two presidents established a trust-based dialogue.

"I also want to remind you of the successful visit of the first vice president of Azerbaijan to Moscow. Parliamentary contacts are fairly active today. Five roadmaps are under successful implementation for the development of bilateral cooperation between the two countries. The countries are drawing a separate map for the development of innovative technologies," said the MGIMO rector.

Torkunov said that the volume of Russian investments in the Azerbaijani economy amounted to $4.5 bn, while Azerbaijan invested $1.5 bn in Russia.