MFA official: Azerbaijan tries to contribute to efforts of humanitarian aid to Syrian refugees Hikmat Hajiyev: Ceasefire must be ensured to eliminate negative consequences of humanitarian disaster to children, women and elderly people
1580 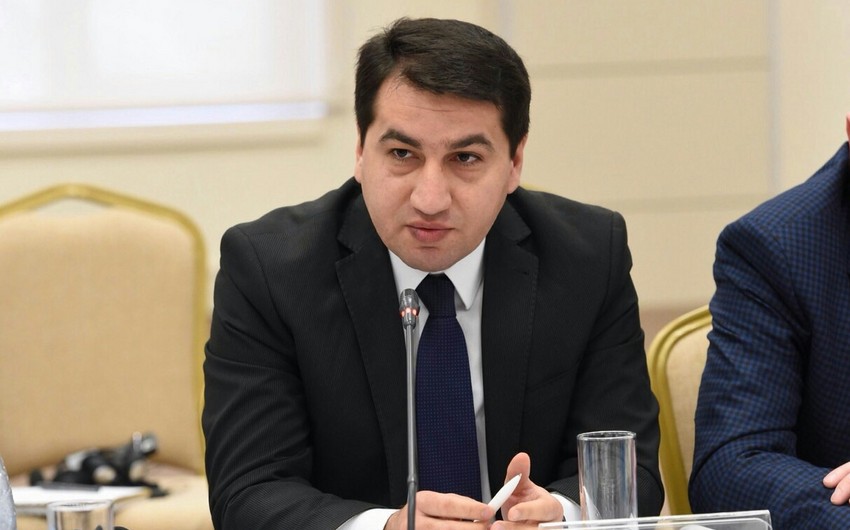 Baku. 2 December. REPORT.AZ/ "Azerbaijan has repeatedly stated its stand on the crisis in Syria."

Spokesperson of the Azerbaijani Foreign Ministry Hikmat Hajiyev told Report commenting on the information on Russian "Novaya Qazeta" regarding joining of Azerbaijan and several CIS countries peacekeeper coalition in Syria.

MFA official said that firstly, ceasefire must be ensured to eliminate negative consequences of humanitarian disaster to children, women and elderly people: "Then, inclusive political process must be launched in accordance with the will of the Syrian people to provide political solution to the crisis. Syria's territorial integrity and political unity must be provided."

According to him, the information about Azerbaijan's joining peacekeeper coalition in Syria doesn't reflect the truth.