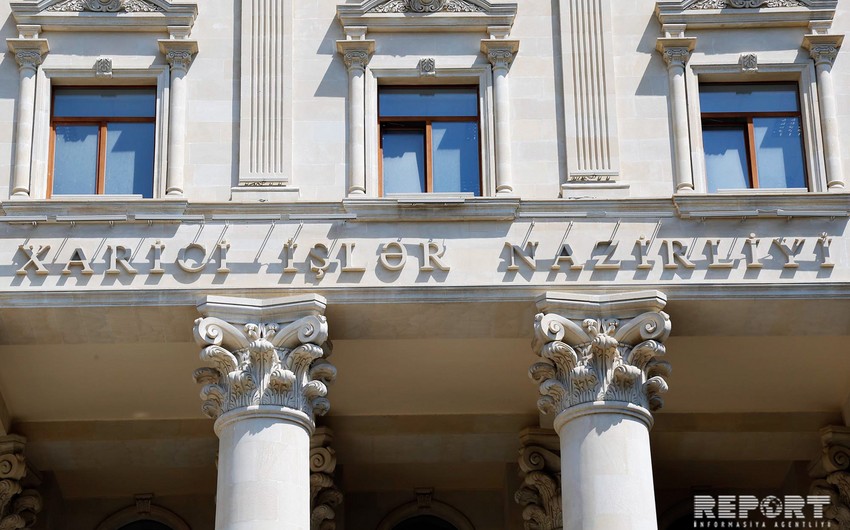 Azerbaijan's  has commented on the statement of NATO Secretary General Jens Stoltenberg on Azerbaijan.

Report informs citing the minister that that the next meeting of NATO foreign ministers was held in Washington on April 3-4.

The meeting was devoted to the 70th anniversary of NATO: “The Secretary General noted that Azerbaijan contributed significantly to NATO’S Resolute Support Mission in Afghanistan with military force and multimodal transit. Secretary General Jens Stoltenberg also said that the NATO member-states used the Baku-Tbilisi-Kars railroad, which commenced operation in 2017, in transportation to Afghanistan and also added that this railway contributed significantly to the success of the Alliance's Resolute Support Mission."

The Ministry said that national leader laid the basis of partnership between Azerbaijan and NATO by signing the Partnership for Peace Framework Document on May 4, 1994: "Basing on the principles of SNT program, Azerbaijan carries out a political dialogue and practical cooperation in a wide range of directions aimed at security and defense reforms, fight against existing security threats and participation in peacekeeping operations."

"The Republic of Azerbaijan has contributed to NATO-led operations in Afghanistan since 2003. At present, Azerbaijan’s delegation of 120 people, including six chief staff officers and 2 military doctors, serves within the Alliance's Resolute Support Mission in Afghanistan.

It added that the Baku-Tbilisi-Kars railway, which was inaugurated on October 30, 2017, has opened wide opportunities for multimodal transportations to Afghanistan.

"The Baku-Tbilisi-Kars railway is a major part of the Lapis-Lazuli transport corridor and makes a significant contribution to the flawless and safe transportation from the NATO states to Afghanistan."