MFA: Azerbaijan will be seeking justice under international law 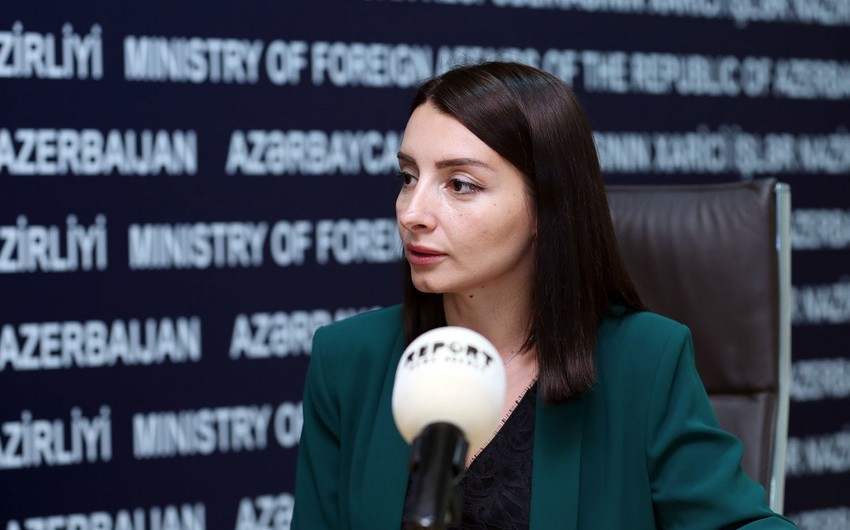 In the coming days, in addition to the proceedings instituted by Azerbaijan against Armenia with the ECHR in January this year, Azerbaijan will bring legal proceedings to hold Armenia to account for systematic violations of the International Convention on the Elimination of All Forms of Racial Discrimination (ICERD), Head of the Press Service Department of the Azerbaijani Foreign Ministry Leyla Abdullayeva said, Report informs.

“Since Azerbaijan brought Armenia’s illegal occupation to an end, we have been carefully documenting and compiling evidence of gross human rights violations against Azerbaijanis. This includes Armenia’s targeting of Azerbaijanis for the expulsion, torture, murder, and serious mistreatment based on their ethnic origin as Azerbaijanis,” she noted.

“Over one million Azerbaijanis were forcibly expelled from their homes as a result of Armenia’s aggression. Entire Azerbaijani towns have been razed to the ground,” she added.

Since the Trilateral Statement was signed, Armenia has continued to breach the ICERD by preventing Azerbaijani IDPs from returning to their homes through indiscriminate mining of the formerly occupied territories and refusing to provide mine maps to Azerbaijan, Abdullayeva said.

“We will not tolerate these grave breaches of ICERD by Armenia and will be seeking justice under international law as soon as possible,” she added.