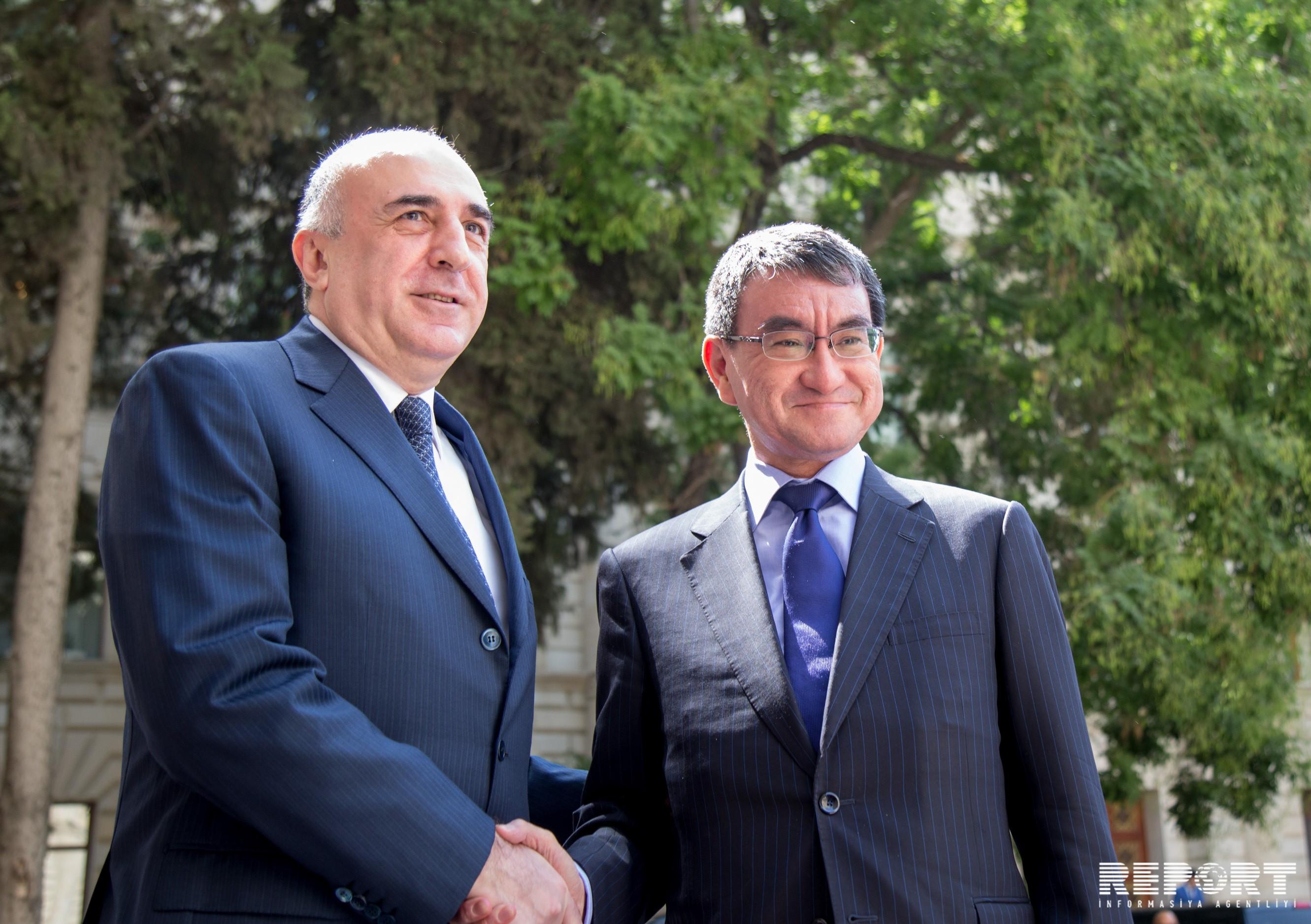 Baku. 5 September. REPORT.AZ/ "Azerbaijan and Japan have attained great results in the development of bilateral cooperation."

Report informs that Azerbaijan's Foreign Minister Elmar Mammadyarov made the due statement at a briefing following the meeting with his Japanese counterpart.

The Foreign Minister noted that today the Japanese business is widely represented in Azerbaijan. According to him, the country accounts for more than 30 Japanese companies. All the same, Japan's investments in Azerbaijani economy make $7 bn of which $100 mln was made in nonoil sector.

Elmar Mammadyarov also said that Japan is interested in the North-South and East-West transport corridors in which Azerbaijan participates.

According to Report, the focus of discussion is the development of bilateral political, economic, energy, tourism and humanitarian cooperation.