May 28 declared National day of Azerbaijan in Nebraska

May 28 declared National day of Azerbaijan in Nebraska It was also recognized by other democratic nations, including the United States of America. 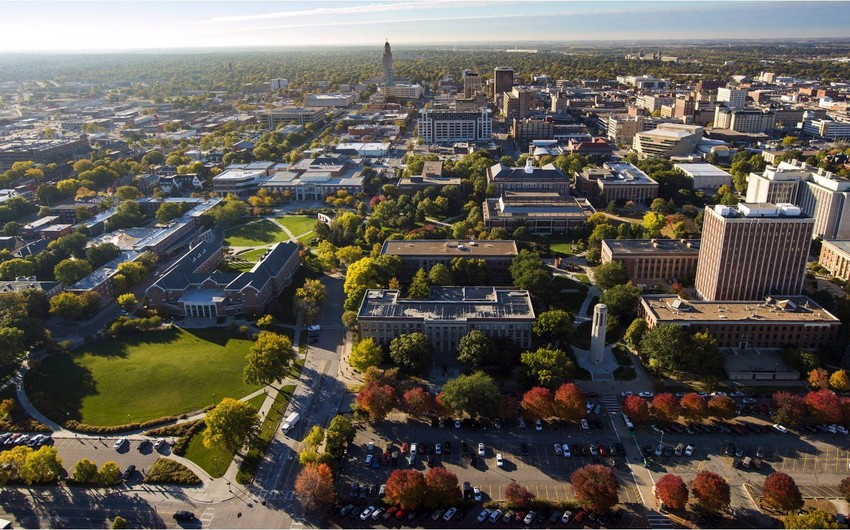 The Governor of the U.S. state of Nebraska, Pete Rickets, signed a Proclamation in connection with the 101st anniversary of the establishment of the Azerbaijan Democratic Republic (ADR).

Report informs that, according to the document, that on May 28, 1918, Azerbaijan declared its independence establishing the Azerbaijan Democratic Republic, which became the first secular parliamentary democracy in the Muslim world, and that Azerbaijan granted all people the right to vote regardless of race, gender, ethnicity and religion, becoming the first Muslim nation to grant women equal political rights with men. It was also recognized by other democratic nations, including the United States of America.

At the same time, the document emphasizes that Azerbaijan’s independence was interrupted in 1920, when it was invaded by Bolsheviks, and forcefully incorporated into the USSR in 1922 to restore its independence only in 1991.

Over the last two decades the Republic of Azerbaijan has consolidated its sovereignty and independence and has become a staunch ally and strategic partner of the United States of America in the critically important Caspian region, the document reads.

“Every year for the last 101 years, Azerbaijanis around the globe, including in the United States of America observe May 28th as Azerbaijan National Day and remember the contribution of their forefathers to the spread of democracy to the regions of Caucasus, Central Asia and the Middle East,” the proclamation says. 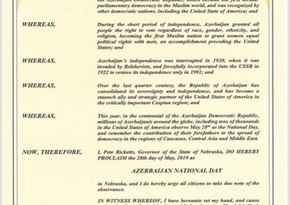