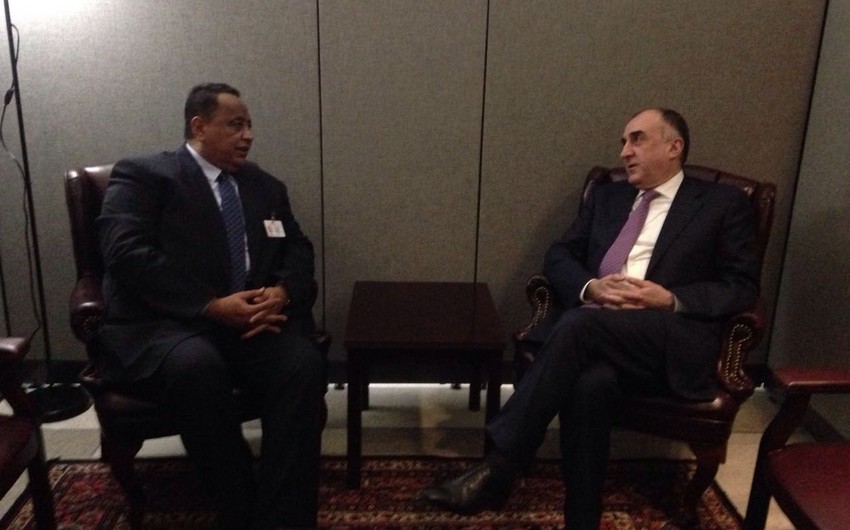 Baku. 21 September. REPORT.AZ/ Within the framework of the 71st session of the UN General Assembly, Azerbaijani Foreign Minister Elmar Mammadyarov has met with the Foreign Minister of Sudan Ibrahim Ghandour.

Report informs referring to the press service of the Azerbaijani Ministry of Foreign Affairs.

Ibrahim Ghandour expressed his gratitude to Azerbaijan for support provided to the Sudan during the unofficial membership in the UN Security Council and expressed the full support of Sudan's territorial integrity and sovereignty of Azerbaijan. Sudanese Foreign Minister also said that his country would soon join the OIC Contact Group on Armenia's aggression against Azerbaijan.

Minister Elmar Mammadyarov gave detailed information about the latest situation in the negotiations to settle the Armenian-Azerbaijani conflict, and expressed gratitude to the Government of Sudan for supporting the fair position of Azerbaijan in connection with the conflict. Elmar Mammadyarov stressed that the continuation of the occupation of Azerbaijani lands by Armenia and its destructive and provocative policies harm peace and stability in the region.

The sides exchanged views on the agenda of the UN General Assembly and discussed matters of mutual interest.