​Malena Mard: EU Commissioner Johannes Hahn's visit to Azerbaijan is important 'Johannes Hahn is interested in personal meeting with representatives of Azerbaijan and discussing a number of issues'
232 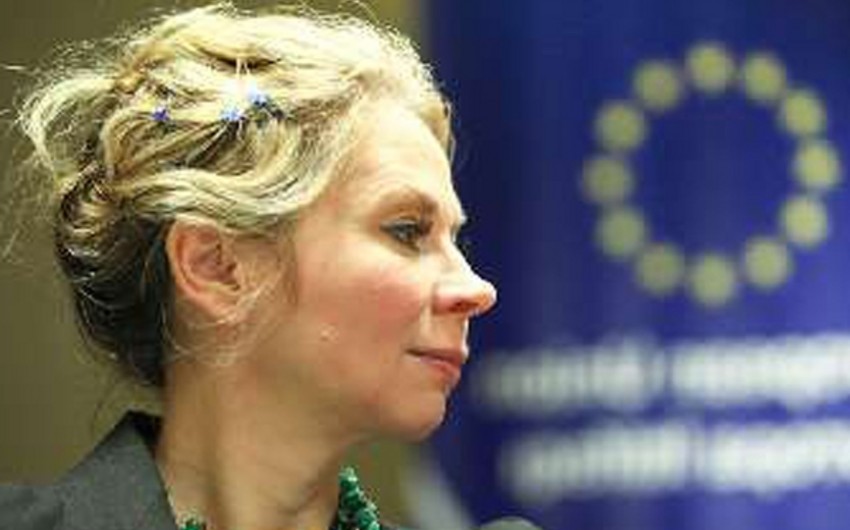 Baku. 12 February. REPORT.AZ/ "EU Commissioner for European Neighbourhood Policy and Enlargement Negotiations Johannes Hahn is interested in a visit to Azerbaijan. He really wants to meet and discuss a number of issues with his colleagues in Baku". Report informs, the head of the EU delegation in Azerbaijan Malena Mard stated this to journalists.

Responding the question about the state of relations between Azerbaijan and the EU, Mrs. Mard stressed that the visit of Mr. Hahn would further strengthen them.

"We consuder an opportunity to give more seriousness to our relations. I think that the visit of Mr. Hahn will be important at this point", said Mrs. Mard.