Baku. 23 February. REPORT.AZ/ The 24th anniversary of the Khojaly massacre was commemorated on February 21, 2016 in Los Angeles with a powerful, multi-faith event at the King Fahad Mosque, one of the largest mosques of Los Angeles, Report was told in the press service of the Consulate General of Azerbaijan in Los Angeles.

The Khojaly massacre took place on Feb. 26, 1992, when Armenian armed forces attacked the town of Khojaly in Azerbaijan’s Karabakh region and massacred 613 civilians, including some 300 children, women and elderly people. The Human Rights Watch called it the “largest massacre in the conflict”.

Opening the event, the Mosque’s interfaith program director Mahomed Khan welcomed the guests and invited everyone to take a moment of silence in honor of the victims of the Khojaly tragedy. Then invocations were held by Muslim, Christian and Jewish religious leaders.

Speaking afterwards Rabbi Yonah Bookstein of the Pico Shul Synagogue and Bishop Juan Carlos Mendez of the Centro Cristiano Bet-El shared their opinions about the brutality of the Khojaly massacre, highlighting the importance for the humankind not letting such human cruelty happen again.

Then the floor was given to Azerbaijan’s Consul General in Los Angeles Nasimi Aghayev. Thanking the faith leaders and guests for sharing Azerbaijani people’s pain, the Consul General informed them about the illegal military occupation and total ethnic cleansing of Azerbaijan’s lands by Armenia. The Consul General said that the perpetrators of this crime were still at large and even hailed as national heroes in Armenia. Speaking of efforts by Azerbaijan to educate the world community about this horrendous crime, Aghayev specifically mentioned the “Justice for Khojaly” campaign led by Ms Leyla Aliyeva. He noted that as a result of these efforts over 10 countries, as well as 20 U.S. states have recognized and condemned this massacre. Highlighting the recent proclamations/statements from Governors of Hawaii, Montana and Nebraska, the Consul General thanked them for honoring the innocent victims of Khojaly. The diplomat also noted that despite the huge damage inflicted by the illegal invasion, Azerbaijan has been able to stand up and undergo a tremendous transformation, becoming the region’s leading country under President Ilham Aliyev. “Most importantly, Azerbaijan has become a unique place of interfaith tolerance, harmony and acceptance,” he concluded expressing hope for the restoration of peace in the region.

Speaking afterwards, the survivor of the Khojaly massacre Anar Usubov shared his painful memories of that cold night. He noted that as a result of this massacre he not only lost dozens of his family members and relatives, but also his entire childhood and youth. Following the remarks, the attendees watched a video testimony by Mrs Durdane Aghayeva, another survivor of the massacre. In the video Mrs Aghayeva speaks about the torture and humiliation she had to undergo in the Armenian captivity, when she was just 20 years old. The video testimony was prepared by the Consulate General of Azerbaijan in Los Angeles in 2015.

The memorial event ended with joint Muslim, Christian and Jewish prayer for the victims of the Khojaly massacre. 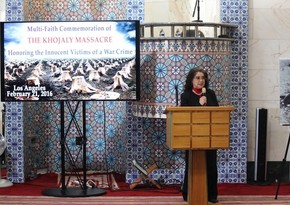 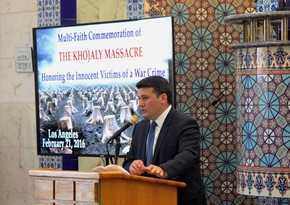 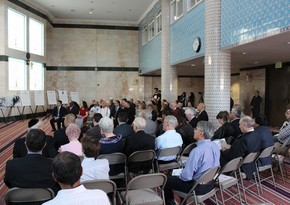 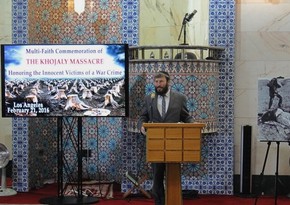 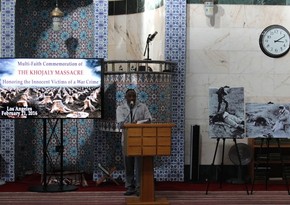 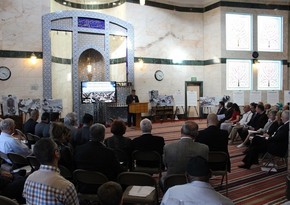 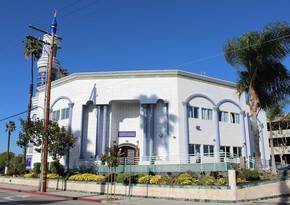 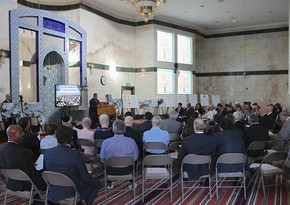 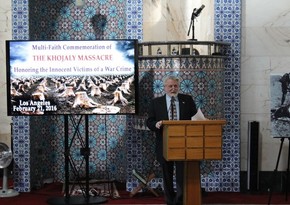 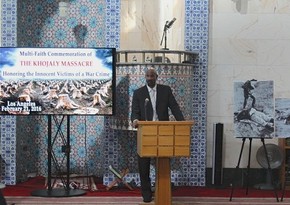 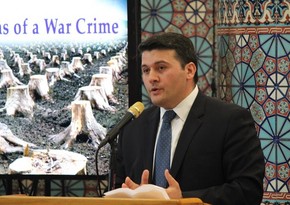 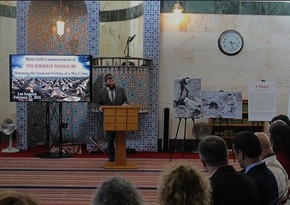 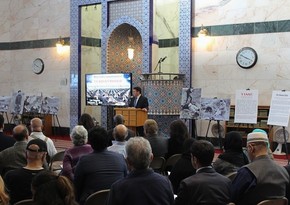 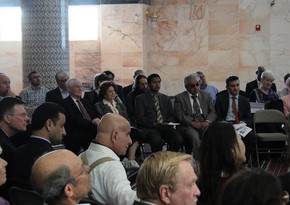 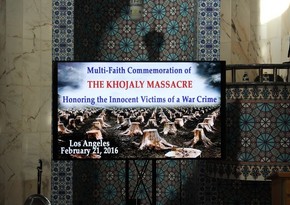