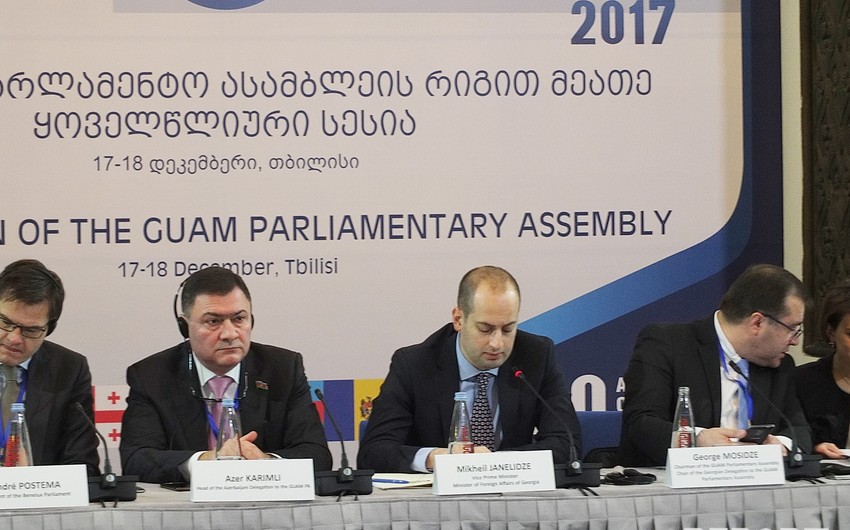 Georgia bureau of Report News Agency informs, the head of the Permanent Delegation of the Parliament of Azerbaijan to the GUAM Parliament Assembly Azer Kerimli said in his speech at the tenth session of the assembly.

He said the issues brought on agenda of the tenth session of the GUAM PA particularly regional and energy security, joint combat against trans-border crime is not only important for GUAM member states but for whole international community.

Kerimli said largescale energy and transport projects that have been implemented and being implemented with participation of Azerbaijan serves international security:

“If to consider that the energy security being reviewed as a vital element of national security today we will clearly see the huge role of Baku-Tbilisi-Ceyhan oil, Baku-Tbilisi-Erzurum gas, Trans Adriatic and Trans Anatolian gas pipeline projects.”

Kerimli named the opening of Baku-Tbilisi-Kars railway route as a great historical event adding that this and other projects that were implemented with participation of our countries increase the attractiveness of the region and create the necessary conditions for reaching our strategic targets.