Lavrov: Russia tries to bring Karabakh conflict parties to a common standard 'We are doing everything to create conditions for settlement' 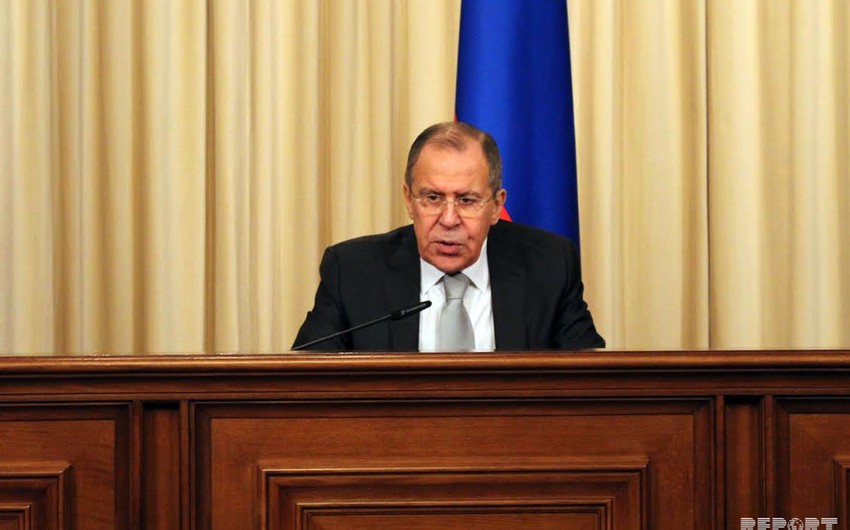 Baku. 15 January. REPORT.AZ/ Russia, together with the United States and France, as the OSCE Minsk Groupco-chairs, is doing everything possible to create conditions for the Nagorno-Karabakh conflict settlement.

"Russian Federation cannot have concrete plans, because the parties themselves can solve the problem. Russia, together with the United States and France as co-chairs of the OSCE Minsk Group is doing everything to create conditions for such a settlement”, Lavrov said.

According to him, Russia is trying to bring the parties to a common standard in the negotiation process.

"We have made intensive efforts in recent years to generalize all the positions of the parties, to identify the concurrent approaches to certain aspects of this crisis, this settlement, and at the same time try to suggest the compromises that can lead to the common denominator of the parties in those issues which they still diverge”, Russian foreign minister emphasized.