Lavrov: Improper to put Eastern Partnership countries in front of false choice with West or Russia

Lavrov: Improper to put Eastern Partnership countries in front of false choice with West or Russia EU should not put such a choice before Baku and Yerevan 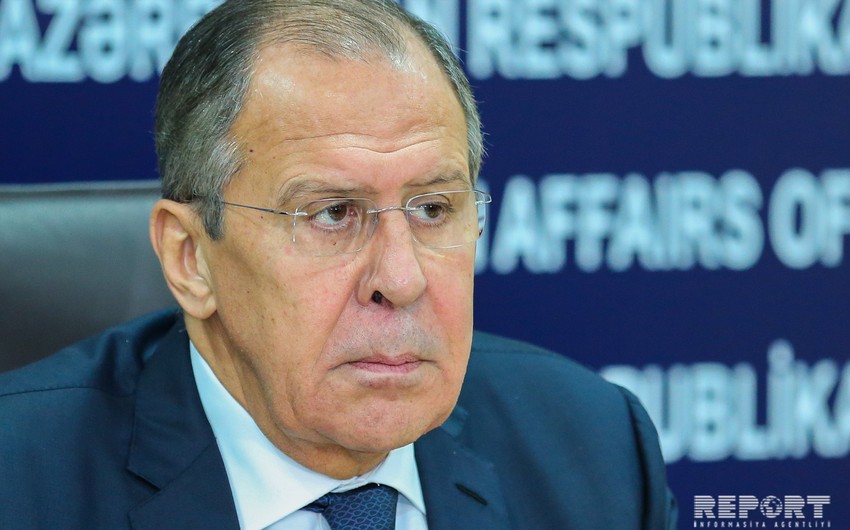 Baku. 9 April. REPORT.AZ/ The EU should not put before Baku and Yerevan the choice of "either the West or Russia," thus infringing their rights and damaging their interests.

"Undoubtedly, in order to ensure that neither Armenia, nor Azerbaijan, nor the other members of the EU's Eastern Partnership program are infringed in rights, so that their interests are not damaged, it is very important that the European Union renounce the vicious logic "or-or", which has already led to the events of 2014 in Ukraine”, Lavrov stated.

According to him, Azerbaijan and Armenia should independently develop full-fledged cooperation with all their neighbors.

"This is equivalent to stealing from the people the opportunity to fully develop cooperation with all its neighbors. Russia consistently promotes this approach”, he stressed.

"Improper to put countries in the post-Soviet space before a false choice - either with the West or with Russia. This is an absolutely ideology-driven, politicized approach”, Russian foreign minister added.