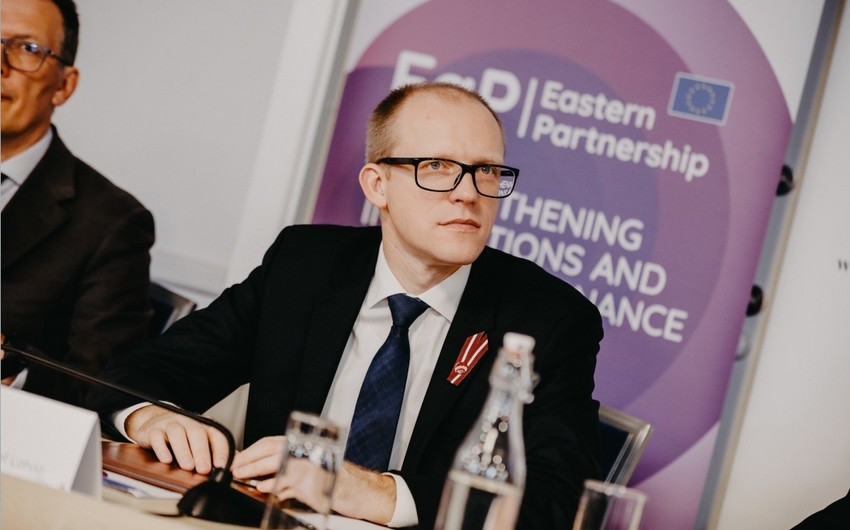 "The EU pays great attention to the stability and development of neighboring countries," adviser for the Latvian president on international issues Andris Pelsh said at "The Media Conference 2019: Business and Sustainability" in Riga, Report informs.

Mathieu Bousquet, Head of Unit for Georgia, Moldova and Neighbourhood Cross-border Cooperation emphasized that the atmosphere of freedom in the media plays a key role in the fight against misinformation: "The right to expression is one of the fundamental values for a prosperous society."

The Eastern Partnership media conference in Riga is a continuation of the previous one, which took place in 2017 and identified economic sustainability as a key challenge faced by professional journalism throughout the region.

During the event, participants from all countries of the Eastern Partnership program presented their vision of the situation in the media in their homeland, held discussions on relevant topics and existing problems.