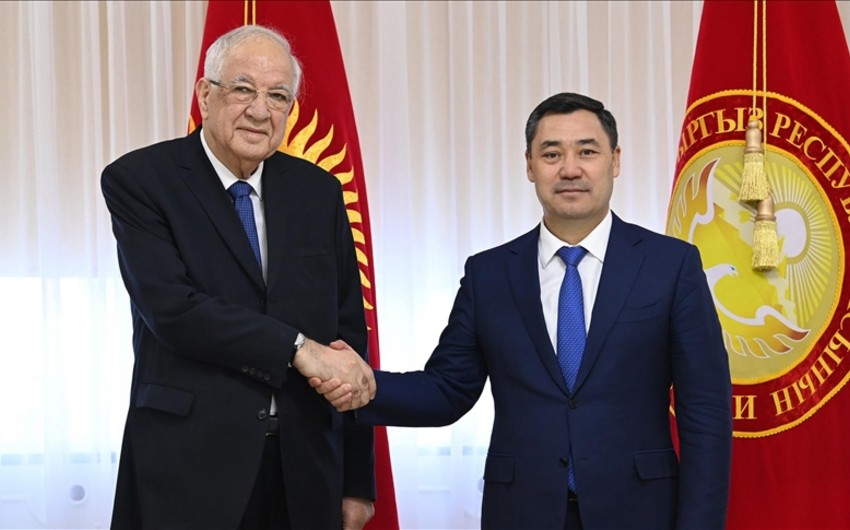 Kyrgyz President Sadyr Japarov has received Ambassador of Azerbaijan to Kyrgyzstan Hidayat Orujov on the occasion of the completion of his diplomatic mission, Report informs.

During the meeting, topical issues of bilateral relations were discussed.

The president stressed that Azerbaijan is an important partner of Kyrgyzstan and relations between the countries are based on strong bonds of friendship and brotherhood arising from a common history, culture, language, spiritual and religious values.

Japarov wished Orujov good health and success in his future activities, and also asked to convey his greetings to Azerbaijani President Ilham Aliyev.

Azerbaijani Ambassador to Kyrgyzstan Hidayat Orujov thanked the head of state and conveyed best wishes to the fraternal people of Kyrgyzstan from Azerbaijani President Ilham Aliyev.

Orujov expressed confidence in further development, deepening and expansion of cooperation between Kyrgyzstan and Azerbaijan.