Karabakh conflict to be settled by the impartial way - INTERVIEW Baku. 7 January. REPORT.AZ/ The Ambassador of the Islamic Republic of Iran to Azerbaijan Mohsun Pak Aayeen gave an interview to Report News Agency.

- What is expected in Azerbaijani-Iranian relations in 2015?

- Of course, high-level visits will be organized this year too. The Economy Minister of Iran will visit Baku in January, as well as the Deputy Minister of Foreign Affairs is also expected to visit. In February, more visits are expected to carry out. The visits will take place after being defined precisely. - Kazakhstan - Turkmenistan - Iran railway project has been opened recently.

- How do you think, will this project which is part of the "North - South" corridor project, stimulate the Rasht - Astara railway project to be completed soon?

- Currently, Gazvin - Astara railway line is a priority for the government of Iran. The railway unite not only Iran, Azerbaijan and Russia but also paves the way for the CIS countries. Even China is interested in it. As you mentioned, the railway authorities of Iran, Russia and Azerbaijan signed a document for the construction of the project as soon as possible. I think, the construction of the railway will accelerate in 2015.

- The official of Iran's Foreign Ministry Kazim Sajjadi visited Azerbaijan recently and discussed the issues on returning of Iranian citizens to their native country who serve sentences in Azerbaijan and recognizing of Iranian students' diplomas, who studied in Azerbaijan Medical University, in Iran. What is the improvement in this direction?

- There is a good cooperation between the two countries in the field of justice as in other areas. It is true that these people have committed certain crimes and should be punished. We do not defend them for their crime. However, the leaders of the two countries take care of the citizens of their countries. Taking into account the wishes of the families of the arrested people, they took this humanist step and want to organize their extradition to their home countries. We are grateful to the government of Azerbaijan for a positive activity in this direction. Mr. Sajjadi's visit was very useful and currently, we are working on the extradition of more Iranian prisoners. The delegation of Iran's Ministry of Health visited Azerbaijan for recognizing of Medical University's diplomas. They have a positive feedback about the university and education in it. The delegation estimated them after reviewing the clinics and other institutions of the university within about three days. When the Ministry of Health made a decision on Azerbaijan Medical University's diplomas in 2008, the conditions were satisfactory. Thankfully, the situation is better now. I think this issue will receive a positive answer.

- What can you say about the past year's trade turnover?

- I hope that the trade turnover will double in 2015. To my mind, we will observe the growth in the field of energy and oil in new year. Taking into consideration of the development of tourism between the two countries, I am looking forward an increase in this trade turnover.

- As you know, the Armenian Armed Forces fired on the positions of Azerbaijani Army on the border and frontline. Considering that the incidents took place near the territory of Iran, what is the position of the Iranian government's on this issue?

-We are not satisfied with the events taking place and we regret that these events occurred. The emergence of threats in the region is not the regional countries favor, including Iran. The security must be guaranteed. For this reason, the Nagorno-Karabakh conflict should be solved fairly. Some of the OSCE Minsk Group co-chairing countries are permanent members of the UN Security Council. Those countries should ask the provision of safety in the region. If the resolutions of the United Nations are carried out, we believe that the security of the region will be provided. We are eagerly trying to resolve the Karabakh conflict in a peaceful way. We do not think that the war is the solution of this conflict. If it is necessary, we are ready to mediate in this conflict.

- In mid-January, the next round of talks with P5 + 1on the Iranian nuclear issue is expected. What are the expectations in these negotiations?

- We want these negotiations to give the result as soon as possible, as well as would like the elimination of illegal sanctions imposed against Iran. I think that if the parties treat the issue seriously, it will be possible to resolve it. The opposite side, the P5 + 1 countries, concerned that Iran could acquire nuclear weapons with its nuclear program, but we are trying in every possible way to explain to them that it is not like that. One side of the argument is Iran and sanctions imposed against it. We want to remove this unjust sanctions. I think that if the debates reach conclusion the concerns of both sides will be eliminated. The opposite side would understand that Iran has no intention to acquire nuclear weapons. In turn, we will make sure that sanctions eliminated against us. I think that if the opposite side would be serious and does not allow non-logical statements, this debate will come to conclusion.

Friendly relations with each of these states are significantly improved compared to previous years. We have a normal and developing relations with Pakistan. For a long time we have good relations with Afghanistan especially after the presidential elections in this country we did our best to establish stability in the country. Currently, Iraq is our closest friend. We are helping the Iraqi government to combat terrorism. We also have normal relations with the countries of the Persian Gulf. Last year compared to previous years many of us have visited Arab countries.Even Iran's one of the discussions with P5 + 1 states was held in Oman. Turkey, however, is our largest economic partner in the region. I think that as President Hassan Rouhani said, he is committed to politics that ensures normal relations with neighbors. Naturally, there can be problems between the two countries.

It is possible that there can be a difference of opinion with any country in the fight against terrorism. Perhaps, ISIS terrorist group took advantage of these disputes and further developed. But still, we are continuing our discussions with neighboring countries and bring our positions closer. 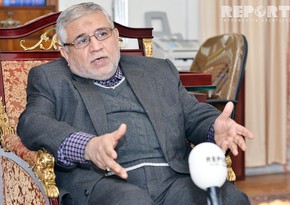 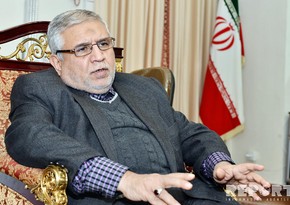 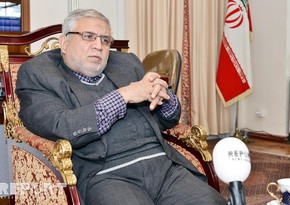 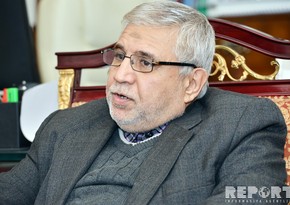 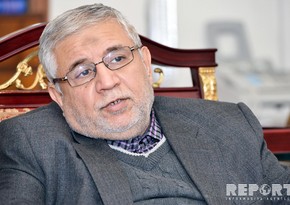 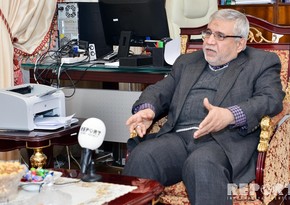 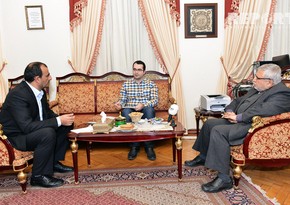