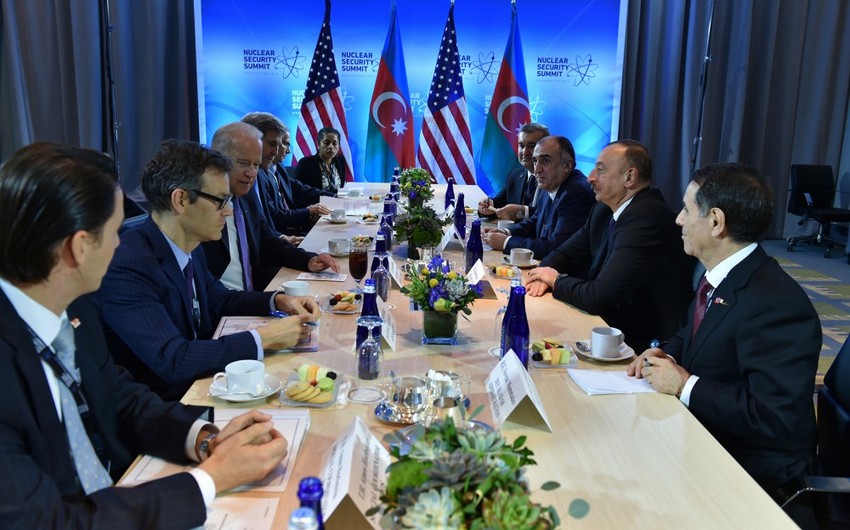 The U.S. Vice President said there were good opportunities for expanding the bilateral ties in all areas, particularly economy. He said the two countries enjoyed good cooperation with respect to security and peacekeeping operations. Joe Biden hailed Azerbaijan`s active participation in the international anti-terror coalition in Afghanistan. He underscored the importance of the steps taken to define opportunities for defense cooperation. He said the US fully supported Azerbaijan`s efforts to implement the Southern Gas Corridor project, noting that the country would take necessary measures in this regard.

The head of state noted the importance of President Barack Obama`s stance - as president of the co-chair country - that the status quo was unacceptable. President Ilham Aliyev said the United States played a vital role in finding a peaceful and negotiated solution to the conflict. The head of state expressed Azerbaijan`s interest in strengthening cooperation with the US in political, economic and energy fields.

The sides also expressed mutual interest in maintaining strong and long-term cooperation between the two countries.

The United States Secretary of State John Kerry was present at the meeting. 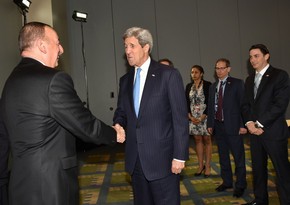 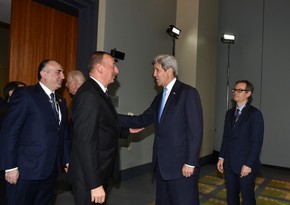 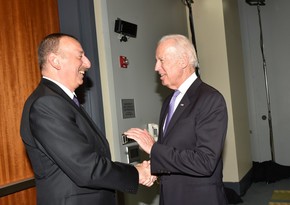