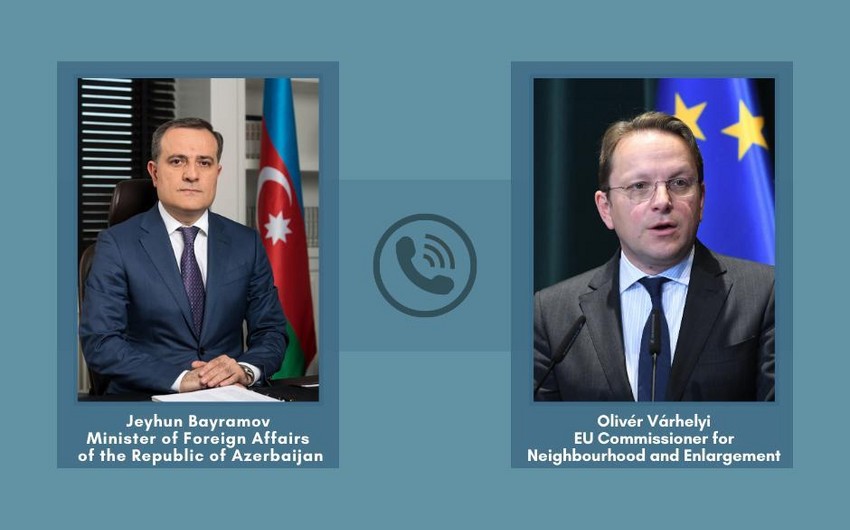 On September 18, 2020, the Minister of Foreign Affairs of the Republic of Azerbaijan, Jeyhun Bayramov, had a phone talk with the European Commissioner for Neighborhood and Enlargement Oliver Varhelyi.

According to Report, European Commissioner congratulated Minister Jeyhun Bayramov on his appointment and wished him success in his future endeavor.

The sides exchanged views on the existing mutually beneficial cooperation between the EU and Azerbaijan, emphasizing the importance of intensifying negotiations on a new Draft Agreement, which will form a bilateral relations' legal basis.

During the telephone conversation, they also discussed the existing strategic partnership between Azerbaijan and Europe in energy and projects implemented with the initiative and participation of Azerbaijan to supply power to Europe, including the supply of gas to the European market and possibilities of the future expansion of the project.