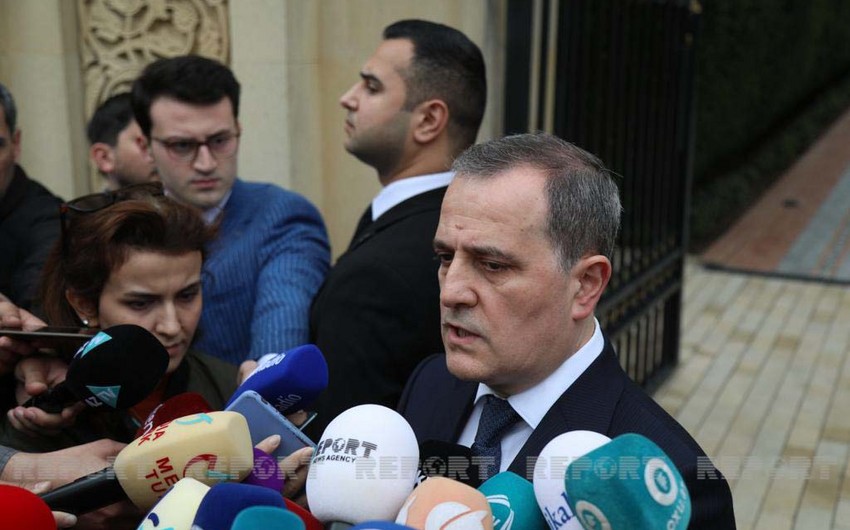 The Azerbaijani side presented the basic principles of the peace agreement to Armenia in February, Azerbaijani Foreign Minister Jeyhun Bayramov said, Report informs.

"The Armenian side said there was nothing unacceptable for them in those basic principles," the minister said.

"One of those six points begs the question of why the Azerbaijani side submitted the basic principles of February 21 to Armenia in early March? We stated that the proposals were submitted via mediators. Therefore, it would be more accurate to ask them.

"Another point is that Armenia has no territorial claims against Azerbaijan, and back in 1992, when Azerbaijan and Armenia became CIS members, they recognized each other's territorial integrity. In a sense, this is a repetition of the basic principle presented by Azerbaijan. The next item emphasizes the importance of implementing the trilateral statements signed between the leaders of the two countries. This is not a questionable point. The next point is that the Armenian side is ready for talks and appeals to the Minsk Group co-chairs to organize these talks. This is happening at a time when there is no contact between the co-chairs of the Minsk Group against the background of the events in Ukraine. This group is almost paralyzed," the minister said.