Japanese journalist: "After seeing what Armenians did in Ganja, I felt horrors of war" 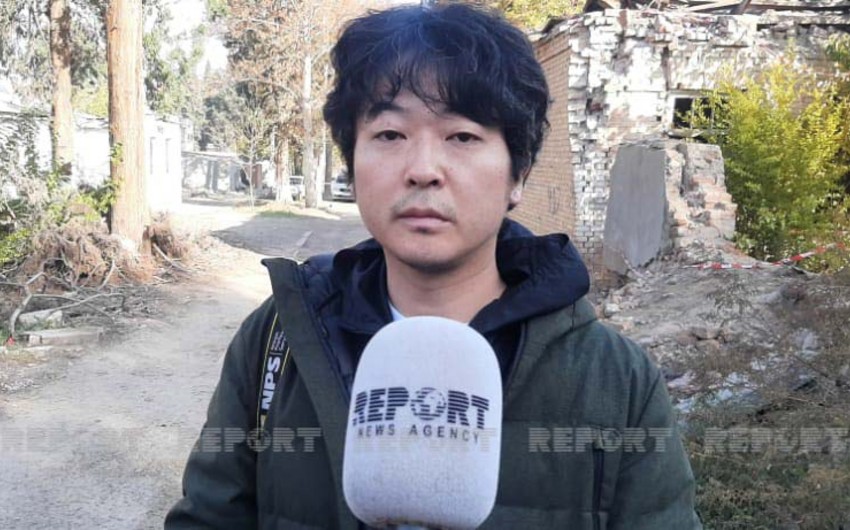 “After seeing the terror committed by the Armenians in Ganja, I felt the horrors of the war,” Japanese journalist Nori Sada told .

The journalist visited Ganja, affected by the terrorist attacks of the Armenian Armed Forces during the Second Karabakh War.

Nori Sada said that the Japanese media was informed about the events in Ganja.

“I saw the ruins with my own eyes and felt the horrors of war. I looked at site where the rocket landed. Ten civilians, including a child, were killed in the incident. I even heard that a pregnant woman had died. For us, this event is very moving and sad. I understand you very well,” he said.

The journalist noted that the Japanese media published many articles about the Karabakh war:

“The 44-day war was fully covered in our media. After receiving news about the war through the media, the Japanese people once again realized that the Armenians had committed acts of aggression in the territories of Azerbaijan.”

Representatives of influential media organizations of Pakistan and Japan are visiting Ganja. They saw the sites of Ganja affected by the terrorist acts the Armenian Armed Forces committed during the Second Karabakh War.

The foreign journalists’ Ganja visit is organized by Global Media.