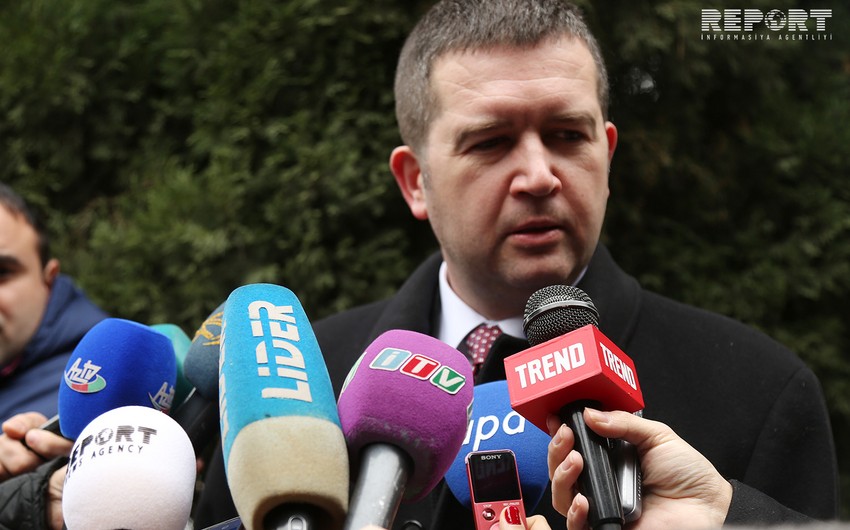 Baku. 14 March. REPORT.AZ. "The Czech Republic supports territorial integrity of Azerbaijan and the resolutions adopted by the UN and other international organizations."

Report informs, said Chairman of the Chamber of Deputies of the Parliament of the Czech Republic Jan Hamáček, who is on his official visit to Baku.

He noted that the Czech Republic is ready to play its role in resolving the Nagorno-Karabakh conflict, if required.

"The Czech Republic values strategic partnership with Azerbaijan and is interested in further strengthening of Azerbaijani-Czech relations", - said Jan Hamáček, recalling that he visited Baku at the first European games, and held a series of meetings with his Azerbaijani counterpart Oktay Asadov.

"We have very good relations at the political level, but they are slightly inferior in economic terms, Azerbaijan is a major oil exporter in the Czech Republic. We would like to make up for the trade imbalance export of the Czech cars to Azerbaijan", said chairman of the Chamber of Deputies of the Czech Parliament.