​Israeli ambassador: Normalization of relations with Turkey will contribute to improving regional stability

​Israeli ambassador: Normalization of relations with Turkey will contribute to improving regional stability “Israel and Turkey will cooperate through the existing mechanisms in order to improve water and electricity infrastructure in Gaza Strip”
1487 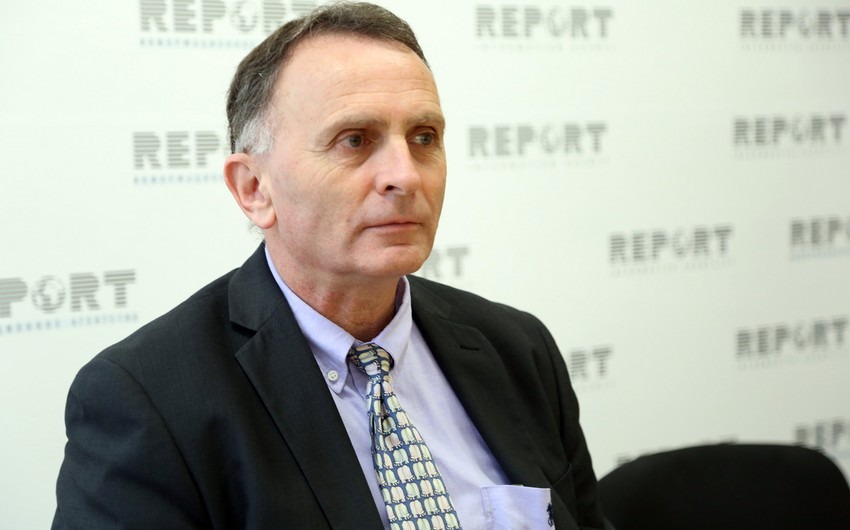 Baku. 29 June. REPORT.AZ/ The agreement between Israel and Turkey is strategically essential for the security and economic development of the state of Israel in a manner that will contribute to improving regional stability.

Report informs, this was stated Israeli ambassador to Azerbaijan Dan Stav commenting on the resumption of Turkish-Israeli relations,

According to him, Israel and Turkey are important countries in the region and resolving the dispute between them will support creating a better environment in a period of turmoil in the Middle East and beyond.

Dan Stav stressed that the agreement is also guaranteeing that no terrorist or military activity will be operated by Hamas from Turkish soil. At the same time, the agreement will preserve Israeli policy of providing solutions to humanitarian needs in Gaza Strip, subject to Israeli legitimate security interests. Humanitarian and civilian cargo will be unpacked in the Israeli port of Ashdod and will be transferred from there to Gaza Strip. Israel and Turkey will cooperate through the existing mechanisms in order to improve water and electricity infrastructure in Gaza Strip.

Mr. Ambassador also noted the agreement opens a window for cooperation on economic and energy issues. Israeli gas reserves have a potential of suppling gas to turkey and further to Europe.

On June 28 Turkey and Israel signed an agreement on normalization of relations. Advisor to the Turkish Ministry of Foreign Affairs Feridun Sinirlioglu signed the agreement on normalization of relations with Israel in Ankara. The same document was signed at the same time in Tel Aviv, by Director General of the Israeli Foreign Ministry Dore Gold. The Agreement will enter into force after its approval by the Parliament of Turkey and the Government of Israel.