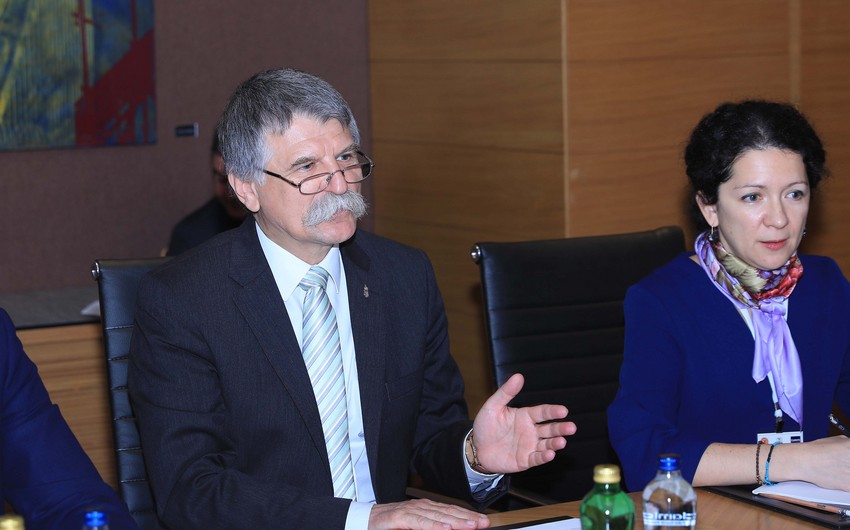 Representatives of foreign parliaments and international organizations continue to make statements about the fighting on the front line, the Press and Public Relations Department of the Milli Majlis told Report.

The Speaker of the Hungarian National Assembly Laszlo Kover and the head of the Hungarian-Azerbaijani Friendship Group Atilla Tilki condemn the shelling of Azerbaijani settlements by Armenian forces in violation of the humanitarian ceasefire and express their support for Azerbaijan in resolving the Nagorno-Karabakh conflict.

Marina Kalyurand, Co-Chair of the European Parliament's Committee for Parliamentary Cooperation on the South Caucasus, also called for a peaceful settlement of the Armenian-Azerbaijani Nagorno-Karabakh conflict within the framework of international law, the UN Charter, and the OSCE Helsinki Final Act.

Alisher Kadyrov, the head of the Uzbek parliament's friendship group with Azerbaijan, also strongly condemned Armenia's recent provocations against Azerbaijan, the Armenian armed forces' artillery and rocket fire on Ganja, the country's second-largest city, and its targeting of civilians. Besides, he appreciates the Azerbaijani Army's counter-offensive measures and expressed support for the peaceful settlement of the conflict within the framework of international law.