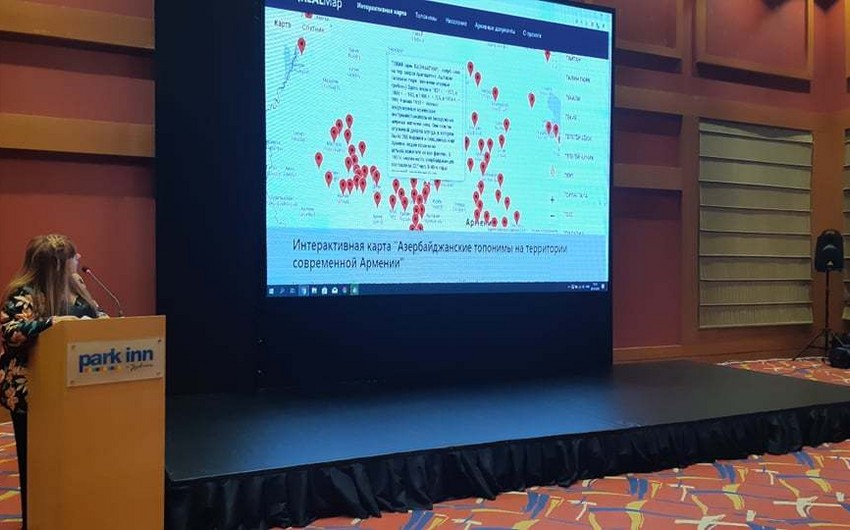 The portal of the interactive map "Azerbaijan toponyms in the territory of modern Armenia" () has been presented in Baku.

Report informs that the project was implemented by the Public Association "Support to the Development of Public Relations" with the support of the Ministry of Sports and Youth of Azerbaijan. The head of the Public Association, the coordinator of the project, Shalala Hasanova noted that “on this online platform a true panorama of toponyms and demographic facts are presented, which today are falsified in Armenia in every possible way.”

400 Azerbaijani villages existing in the territory of modern Armenia from the Middle Ages are indicated on the map according to accurate geographical data.

By clicking on each of them, you can get complete information about what its original name (toponym) was, the year of its Armenization and the number of the Azerbaijani population in different periods of history until 1918-1920.

Commenting on the launch of this platform for journalists, Deputy Minister of Youth and Sports of Azerbaijan Intigam Babayev noted that this project will help convey the truth about the history of Azerbaijan to both the younger generation and the world community.

In addition to the interactive map, there are various auxiliary sections on the portal, such as "Toponyms", "Population", "Archival documents". You can find detailed information in them, copies of rare documents, as well as statistical data proving the genocide of Azerbaijanis by the Dashnak Armenians in 1918-1920. 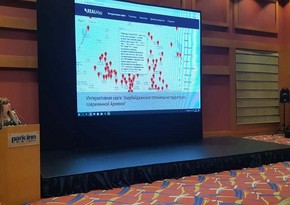 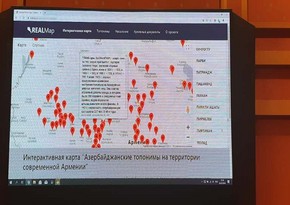