Indonesian ambassador: Azerbaijan fraternal country for us - PHOTO Festival of Indonesian Culture will be held in Baku with participation of Azerbaijani refugees
1017 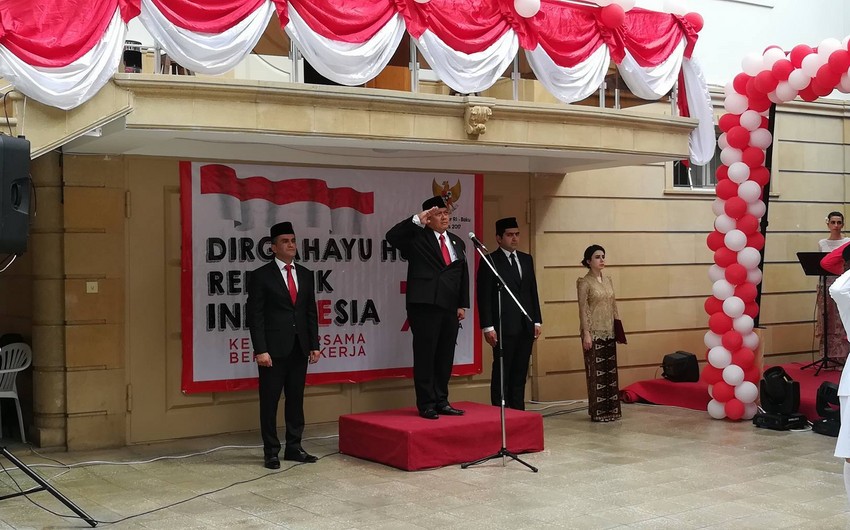 Baku. 17 August. REPORT.AZ/ The ceremony of raising the state flag of Indonesia has been held at the residence of the Indonesian Ambassador to Azerbaijan on the occasion of the 75th anniversary of this country’s independence.

Report informs, the national anthem of Indonesia was played at the start of the event.

Addressing the event, Indonesian ambassador to Azerbaijan Husnan Bey Fanani told about the struggle of the Indonesian people for independence, as well as about the importance of independence and maintaining unity.

According to him, Azerbaijan is a fraternal country for Indonesia, and it is an honor to hold such an event in the Azerbaijani capital.

Speaking about the bilateral relations, the ambassador emphasized that these relations develop year by year.

Husnan Bey Fanani also told about the expected high-level visits this year expressing hope that they will be realized this year.

The diplomat recalled that the Festival of the Indonesian Culture will be held in Baku soon. He noted that on August 16, he held a meeting with Chairman of the State Committee on Work with Refugees and IDPs of Azerbaijan, Vice-Premier Ali Hasanov, and within the framework of the meeting, an agreement was reached regarding the participation of Azerbaijani refugees in this festival.

As a part of the event, winners of the competitions organized by the Indonesian Embassy, as well as students of Azerbaijan University of Languages learning the Indonesian language, were awarded. 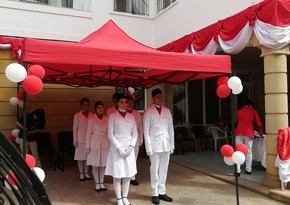 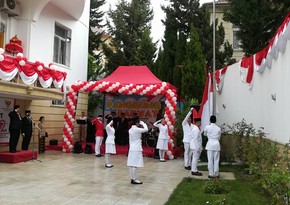 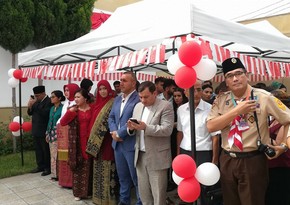