Ilham Aliyev: Our military servicemen did maximum in order not to damage civilians 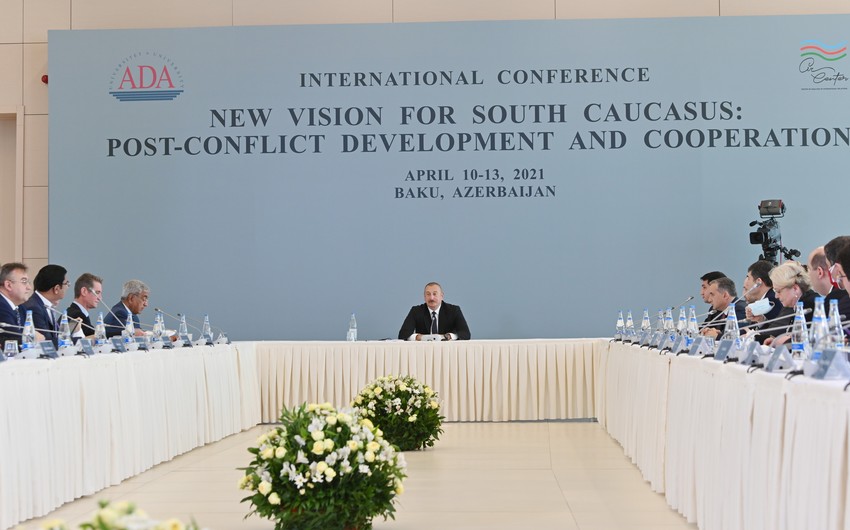 When war started my immediate command to our military servicemen was to behave with dignity, to behave in a moderate way, and to do maximum in order not to damage civilians, Azerbaijani President Ilham Aliyev said at a conference entitled ‘New Vision for South Caucasus: Post-Conflict Development and Cooperation’ at ADA University on April 13, Report informs.

“The fact that there’ve been less than 40 victims on Armenian side among civilians clearly demonstrates it. Because we were liberating territories, and these some territories were illegally inhabited. Therefore, our attacks, our technical capability was aimed only on military objects. And those less than 40 victims which Armenian side had, most of them, those people were participating in the military operations. They were civilians who were recruited to the military units and they were part of military operations,” he said.

“The way how we treated those who were left behind also is the clear demonstration of the human nature of our policy and the human behavior of our army. There’ve been several elderly people left behind, for instance in the province of Hadrut. When our soldiers came, they saw these people, they were frightened. The elderly people spoke very good Azerbaijani because, you know, they lived together with Azerbaijanis and they were taken to the hospital. They were treated in our hospitals. Then, when we decided, and the Red Cross was involved, to return them back, Armenians refused to receive them. One of the elderly who was in poor health condition, they refused to receive him because they said that ‘We don’t want to take care of him.’ So, we, together with the Red Cross, put him to the hospital in Azerbaijan,” Ilham Aliyev noted. “With respect to the question ‘Do they, in Armenia, appreciate our behavior?’ I would say ‘No.’”