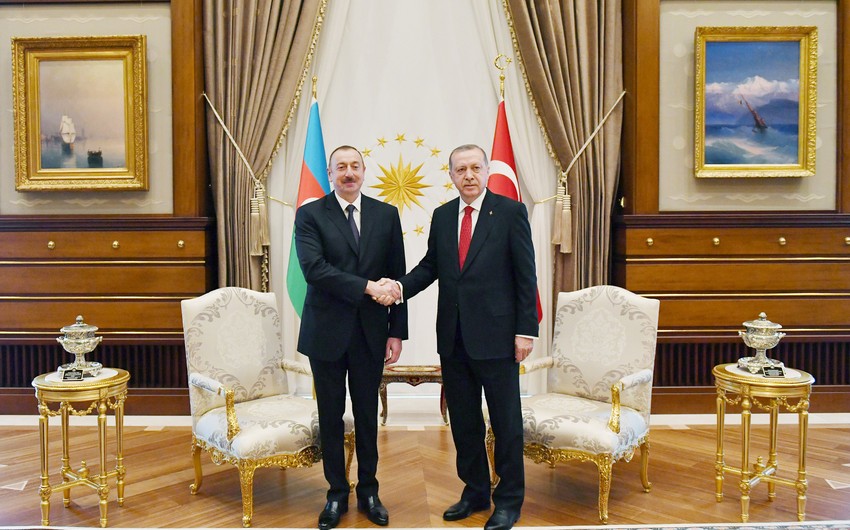 Ilham Aliyev congratulated Erdoğan on his birthday and wished him success and robust health for the development and prosperity of friendly and brotherly Turkey.

The Turkish President expressed his gratitude to President Ilham Aliyev for the attention and congratulations.

Recep Tayyip Erdoğan expressed condolences to the head of state and the Azerbaijani people over with the Khojaly genocide.

The President of Azerbaijan thanked for the condolences.

The heads of state expressed confidence that the Azerbaijani-Turkish relations would continue to develop and strengthen successfully in all areas and exchanged views on the prospects of the ties between the two countries.