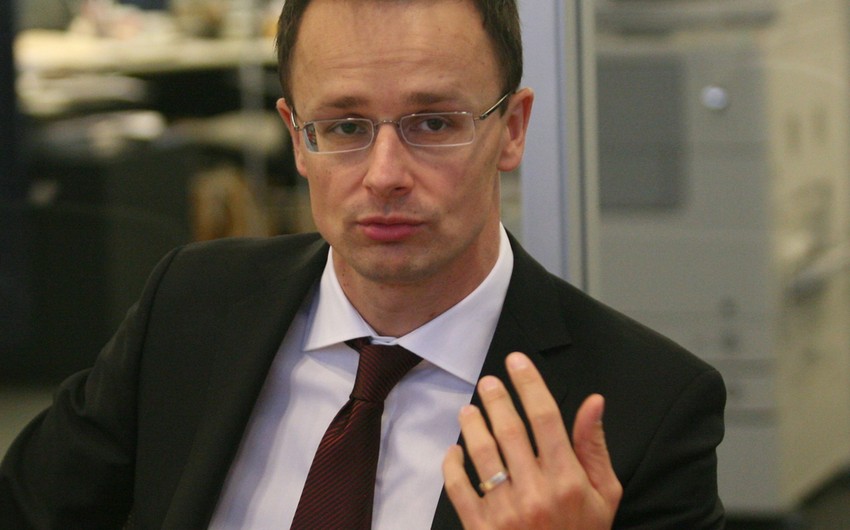 Report infomrs citing the diplomatic sources, during his visit on November 3-4 P.Siyarto plans to hold a meeting with President of Azerbaijan Ilham Aliyev, Foreign Minister Elmar Mammadyarov, Minister of Economy and Industry Shahin Mustafayev, Minister of Culture Abulfas Garayev and other officials .

According to the diplomatic source, during the visit Memorandum on opening of Cultural institute of Hungary in Baku is planned to be signed.