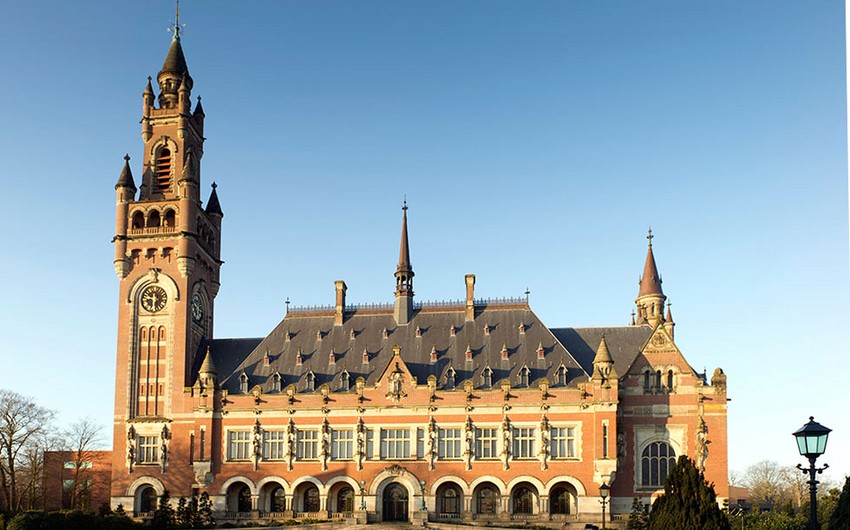 Hearings on Azerbaijan's lawsuit against Armenia in connection with the violation of the International Convention on the Elimination of All Forms of Racial Discrimination has kicked off in the UN International Court in the Hague.

Report informs that the public hearings will last two days.

Due to the COVID-19 pandemic, hearings are underway in a hybrid form. Some members of the court are personally present at the hearings in the Great Hall of Justice, while others participate remotely via video link.

Representatives of the parties to the case also participate either in person or by video communication.

During the hearings, the representative of the Azerbaijani side, Deputy Foreign Minister Elnur Mammadov noted that Azerbaijan considers it necessary for the International Court of Justice to apply urgent interim measures against Armenia.

The official noted that Armenia refuses to hand over maps of minefields to the Azerbaijani side.

According to him, the mine-planting campaign "is a continuation of the ethnic cleansing operation in Armenia that has lasted for decades and an attempt to clear these territories of Azerbaijanis."

Today, hearings will be held at the International Court of Justice in the Hague, the Netherlands, on the lawsuit filed by Azerbaijan against Armenia in connection with the violation of the International Convention on the Elimination of All Forms of Racial Discrimination.

Report was told in the Ministry of Foreign Affairs of Azerbaijan that the hearings would be streamed online starting from 12:00 am.