Head of Dagestan to visit Azerbaijan

Head of Dagestan to visit Azerbaijan High-speed train Baku-Derbent-Makhachkala is expected to be launched this year. 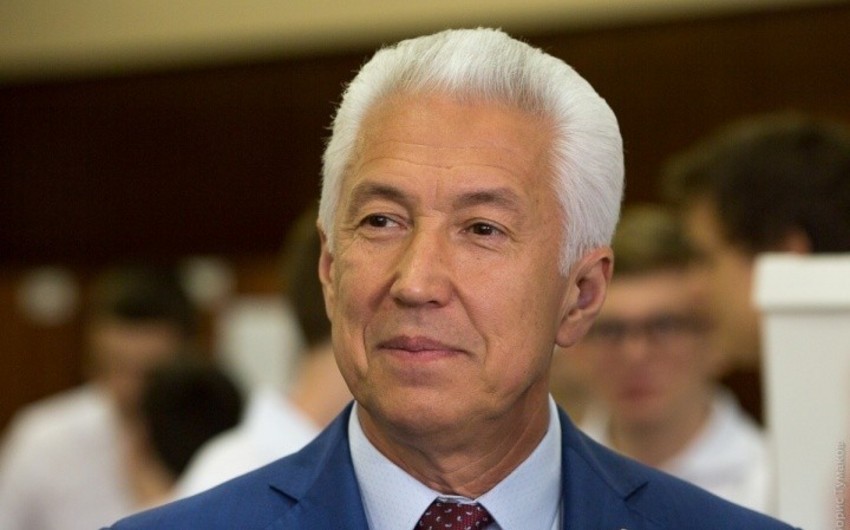 High-speed train Baku-Derbent-Makhachkala is expected to be launched this year.

"Dagestan and Azerbaijan enjoy very close and trusting relations," Head of the Republic of Dagestan Vladimir Vasilev told the Russian bureau of Report.

Speaking about new projects related to Azerbaijan, Vasilev noted that in 2020 it is planned to launch a high-speed train Baku-Derbent-Makhachkala:

"This year, we want to launch a high-speed train, similar to the Petersburg-Helsinki train, so that we can come to Makhachkala from Derbent via Baku with simplified customs procedures and vice versa. We hope to implement this project this year," Vasilev said.

Vasilev said that he also plans to visit Baku shortly: "I will not say the date yet, but we are very seriously preparing for this trip."

The head of Dagestan also touched upon the topic of the economies of Azerbaijan and Dagestan, noting that they are similar to each other: "We are very similar in economics. Many experts even say that we are direct competitors. But this does not interfere with our building good relations and where questions arise, we understand each other."