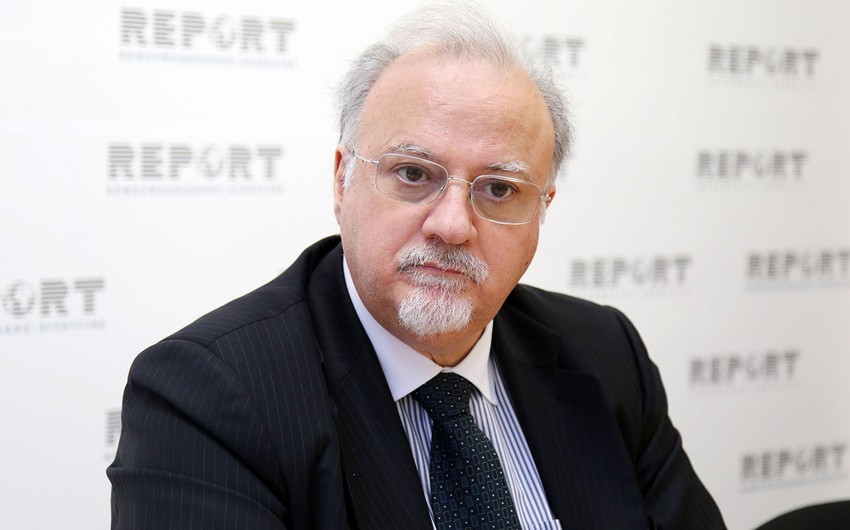 Baku. 27 January. REPORT.AZ/ "On behalf of the French government and the French Embassy staff, I would like to thank you sincerely for the letters of solidarity and compassion addressed to me from the day following murders committed in Paris." Report informs, French Ambassador to Azerbaijan Pascal Meunier said in his statement.

The Ambassador said, this murder was a deep grief not only for France, but also for every man and woman who respects the values of freedom and human being regardless of religious or political belief all over the world: "After the announcement of the first murder, President Ilham Aliyev immediately sent a letter of condolences to French President Francois Hollande and to the French people, First Lady Mehriban Aliyeva sent flowers to the Embassy to pay tribute to the victims, the Minister of Finance Samir Sharifov wrote expressions of support in the book of condolence on behalf of the government of Azerbaijan, and Deputy Prime Minister Ali Ahmadov attended Paris Republican March on January 11 with other political leaders in order to confirm the commitment of Azerbaijan to the fight against terrorism.

He noted that, the journalists of "Charlie Hebdo" publishing house were killed by the bullets as they supported the freedom of expression and speech. Since they were Jews, the innocent clients of Kaser shop were killed: "It is impossible to justify this barbarism. Being the fundamental values of the French Republic, the freedom of speech and expression adjusts to the concept of worldliness providing the separation of religion and state. I know that a number of caricatures of the prophet published in "Charlie Hebdo", as well as the front page of the magazine designed by alive journalists after the murder offended the Muslims around the world and in France. I can understand it , however, as French Foreign Minister Laurent Fabius stated, it is the violence and the practice of violence will be accepted neither today nor in the future.

The law protects every citizen of the democracy- France where the court is independent. Every citizen can file a complaint in court. The court provides the compliance of the law. Additionally, the satirical newspaper "Charlie Hebdo" questions the events occurred in the world with caricatures and articles since its establishment and mentions all subjects and all religions. Islam was not the special target of the newspaper and today either. French Prime Minister said in front of the General Assembly: the actions against Muslims will be strongly punished as the acts of anti-Semitism. After the violence committed in the beginning of this year, I wish the mind overcome the spontaneous violence, respect for diversity defeat the fanatism and respect for others be more powerful than hate. "