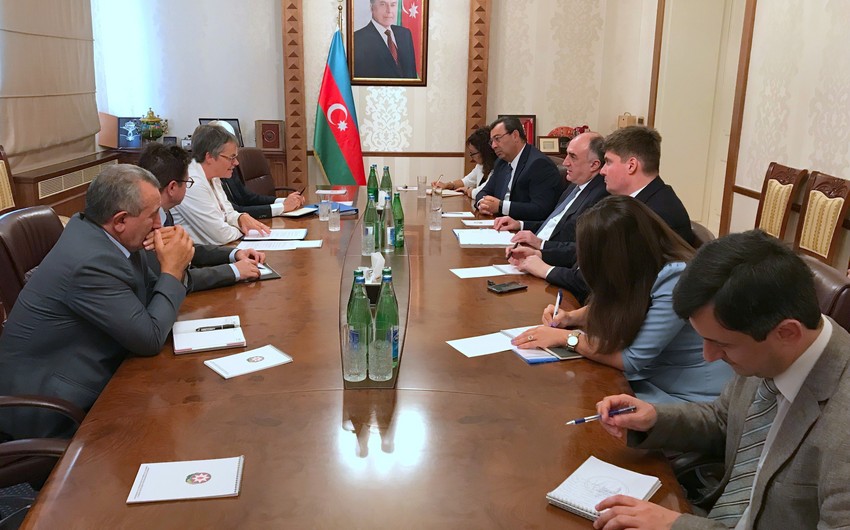 Foreign Minister held a meeting with Liliane Maury Pasquier, the President of the Parliamentary Assembly of the (PACE) during her official visit to Azerbaijan, Report informs citing the Foreign Ministry of Azerbaijan.

L.Pasquier expressed her high appreciation for being accepted by the head of state, and stated that she had a fruitful exchange of views with the President of the Republic of Azerbaijan and Speaker of the Parliament on the current state of existing relations between Azerbaijan and the organization, as well as the current level of the development of cooperation and perspectives.

Elmar Mammadyarov underlined the importance of mutually beneficial relations existing between Azerbaijan and the PACE, and expressed the interest of Azerbaijan in continuing cooperation with the Council of Europe and its institutions.

Then L.Pasquier spoke about the reforms being undertaken in the Council of Europe as well as the new procedures created to address the emerging problems within the organization. Talking about the 70th anniversary of the Council of Europe, L.Pasquier expressed her gratitude for support to the organization of the related event in Azerbaijan during her visit.

At the meeting, Elmar Mammadyarov also broadly informed L.Pasquier on the current stage of the negotiations on the settlement of Armenia-Azerbaijan Nagorno-Karabakh conflict.

Afterwards, the sides exchanged views on regional and international issues of mutual interest.