FM touches upon tensions on Azerbaijan-Armenia border Azerbaijani Foreign Minister Jeyhun Bayramov has met with a delegation from the Khazar political center, which is an independent US think tank 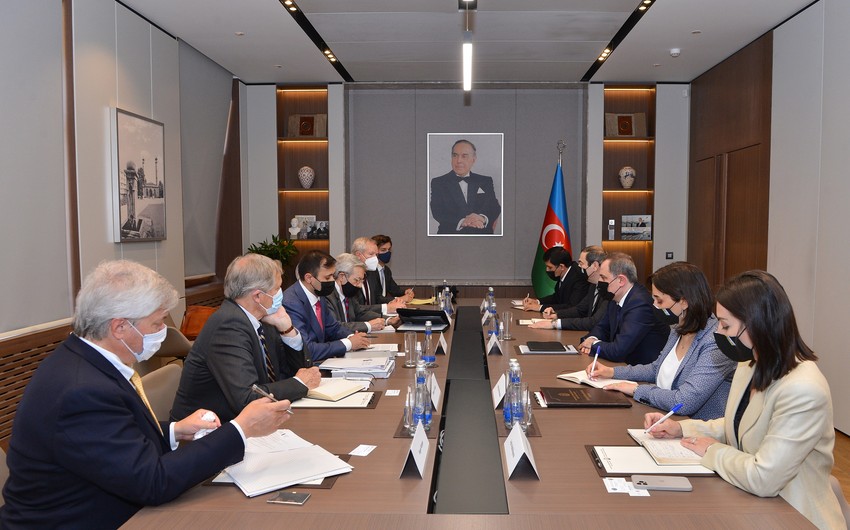 The minister informed the delegation in detail about the latest developments in the region, including the new post-conflict situation, trilateral statements and issues related to their implementation.

Bayramov noted the steps taken by the Azerbaijani side in connection with the implementation of the trilateral statements, including the return of persons with the status of prisoners of war to Armenia, the transfer of up to 1,600 bodies of Armenian servicemen to the opposite side, as well as the continuation of relevant negotiations on the opening of communication lines.

At the same time, the delegation was informed that Armenia still doesn’t provide information on 4,000 Azerbaijanis who went missing as a result of military operations carried out in 1991-1994.

Referring to the recent tension in the border zone of the two countries, the minister noted that Azerbaijan continues to strengthen the system of border protection within its territorial integrity, and this process is carried out on the basis of maps. It was emphasized that this issue is politicized by Armenia, and such disagreements should be resolved through negotiations.