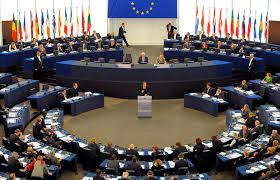 Report informs referring to the press service of the European Parliament.

Next parliamentary elections will be held in Azerbaijan on November 1, 2015.

As previously stated the head of the Central Election Commission (CEC) Mazahir Panahov, Azerbaijani side has sent invitations to the international organizations, who want to observe the elections in Azerbaijan.

In 2010, the monitoring of the parliamentary elections in Azerbaijan is carried out by observers OSCE, PACE, European Parliament, CIS and others.