EU foreign ministers to mull new agreements with Azerbaijan and Armenia Syrian conflict, relations with Turkey and Eastern Partnership program are other topics of the meeting 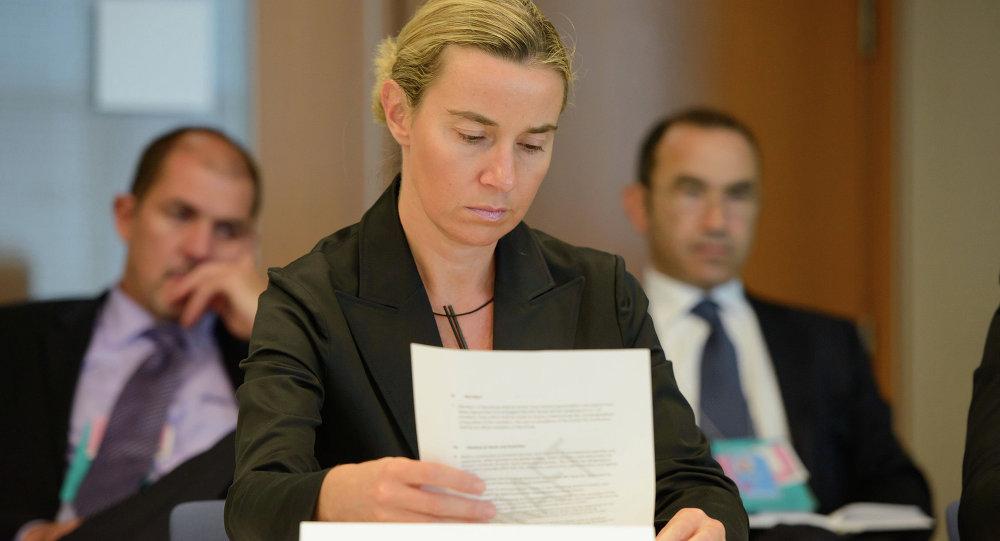 Baku. 14 November. REPORT.AZ/ Foreign ministers of EU member states will talk over Syrian conflict, relations with Turkey and Eastern Partnership program at the meeting of European Union Council in Brussels.

Report informs referring to the TASS, EU defense plan will be discussed at joint meeting of EU foreign and defense ministers to be held today afternoon in Brussels.

As part of discussions on Eastern Partnership program, the ministers will also discuss preparation of new cooperation agreements with Azerbaijan and Armenia who earlier rejected to sign EU association agreement. Election of pro-Russian Igor Dodo as president of Moldova, situation in Ukraine and ratification of association agreement with it, blocked by Netherland, will also be discussed at the meeting.

The ministers will hear Mogherini’s report on humanitarian situation in besieged Aleppo and EU participation in international efforts towards resolution of conflict.

The ministers will also discuss relations with Turkey. Thus, Brussels intensifies critics towards Turkish government, as this country demands elimination of visa requirements in parallel with agreement for limitation of immigration. EU especially concerned about talks on restoration of death penalty in Turkey. Visa issue is not even among topics of the meeting; according to latest EU report, Turkey hasn’t yet fulfilled all requirements to open this topic, which means it is too early to open this topic.